Would You Like a Wildlife Job? Discover Online Wildlife Courses. 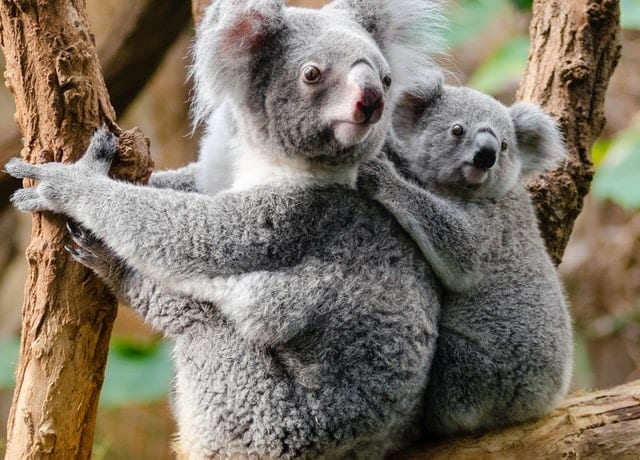 Wildlife management is the positive manipulation of wild animal populations and their habitats for the benefit of both creatures and humans. Wildlife jobs are critical to sustaining species because too few or too many can destabilize ecosystems and have damaging effects on other species.

Our Certificate of Wildlife Management is ideal for anyone who works with animals — in the wild, in zoos or in conservation or captive breeding programs. This course explores a range of wildlife management practices from controlling pests and running parks and reserves to managing the harvesting of wildlife and rehabilitating wildlife habitats.

You will study population dynamics, wildlife ecology and censuses, the different approaches to wildlife management, and a variety of habitats from tropical and temperate to the arctic, alpine and desert. You will also learn about law and administration, wildlife management techniques and undertake your own case study research project. Go wild!

Outcomes achieved by undertaking this course include:

A Day In The Life Of A Wildlife Manager

Wildlife jobs are wide and varied, and day-to-day tasks can depend on where you’re working and the specific issues that need to be dealt with in the location. However, some general job tasks undertaken by wildlife managers include:

Cropping is the harvesting of animals for hides, food or trophies. Culling is the removal of some animals from a population to restore the balance between the available food and the number of animals. The difference can also be very subtle — some animal species may be culled but their body parts sold and used for hiding, bones, meat and other products.

Boundaries (like fences and artificial water courses) are often constructed to limit access by predators when they are a threat to a wildlife population. In some cases, predator ‘harvesting’ may be the only solution because for rare species, the presence of a predator can have a huge effect on its survival.

This can be used to determine how many resources should be added to or taken out of an area. It is particularly useful when things such as vegetation, timber or minerals are being removed, and the wildlife manager needs to determine how large a wildlife population can still survive in the habitat without it.

Habitat management involves a wildlife manager improving an ecosystem (through fencing, tree planting, controlled burning or adding bore water for example), to encourage a species into an environment.

Population monitoring is an essential part of wildlife manager’s role. It can involve looking for signs of animals like their tracks or dung and directly observing them and their behaviour. It can also involve using radars or thermal cameras, using capture/mark/release techniques or implanting or attaching monitoring devices to animals.

When animal populations are very low, wildlife managers may choose to capture animals and hold them in captivity to fully control their environment.  Animals are encouraged to breed and some released into the wild.

This method is similar to the cropping or culling of desirable species.  However, the objective of control needs to be defined according to the benefit derived from removing the pest species.  A range of methods can be involved including fertility or mortality control and a range of indirect manipulations.

Under the Australian Government’s Environment Protection and Biodiversity Conservation Act 1999, there a number of feral animals that are recognised as threats to native plants and animals. They may have fatal diseases, high reproductive rates or few natural predators so their populations aren’t naturally diminished and they can multiply rapidly.

Those who work in wildlife jobs will often come into contact with feral animals, which include cane toads, the European wild rabbit, the European red fox, and feral deer, goats, horses, pigs, camels, cats and water buffalo. The damage caused by feral animals needs to be considered in context. There are a variety of factors that add to the damage, including climate, weeds, the use of land, and grazing pressure from domestic stock. The two basic control methods are:

This includes trapping, fencing, shooting and baiting. In terms of traps, a variety is used including soft-catch traps, conventional cage traps and yard traps that may be created around drinking areas to capture animals.

Fencing has a long history in Australia.  In terms of wildlife management, the introduction of netting fences occurred over 100 years ago for dingo and rabbit exclusion. Fencing for cats and foxes is more recent, however, in both cases, they are much more costly than conventional stock fences because it is almost impossible to exclude feral animals from large sections of land.

Shooting is often used to control animals like feral goats, horses and pigs. Helicopters are useful when the control program takes place in vast remote areas or rugged terrain. This method is the most humane way of reducing feral animal populations, as animals are not subject to the stresses of mustering, yarding and transportation.

Baiting occurs with feral animals like rabbits, pigs and foxes using a poison known as 1080. Because it occurs naturally in native pea bushes, many herbivores have evolved with a much high tolerance to it than feral animals. Another common practice is to bury baits for feral pigs and foxes or to dye baits with rabbits. Carnivores are less likely to take buried baits, and green dyes reduce the likelihood of birds taking baits.

This is the control of pests by natural predators, parasites, disease-carrying bacteria or viruses or bacteria. One of the noted successes of this strategy was the release of myxomatosis in 1950. In the six months following, more than 90% of feral rabbits were presumably killed.

In 1995, rabbit haemorrhagic disease (RHD) also established itself in Australia and reduced rabbit numbers. However, in recent years rabbits have become abundant again in some areas and have developed genetic resistance to the disease.

Stringent controls must be undertaken to ensure future biological control agents are effective and will not make the problem worse. An example was the introduction of the cane toad in 1935 to control two sugar cane insect pests. The cane toad subsequently became an invasive species. So, the damage caused by feral animals must be managed by biological control in conjunction with conventional control techniques.

Gain a broad-based introduction to the principles and practices of wildlife management for a range of species, and be qualified for wildlife jobs around Australia and the world with our Certificate of Wildlife Management!

Get Water-Wise with Our Water Management Course