Work With Young People? Up-Skill With Our Psychology of Adolescence 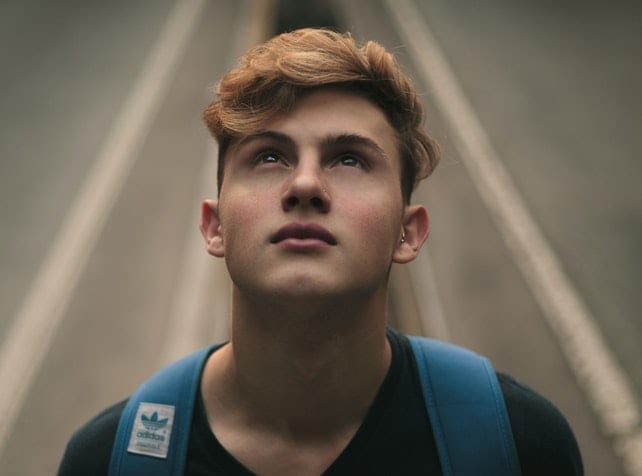 The teenage years can be very challenging, and traditional approaches to understanding adolescence paint a picture of mood swings and emotional disturbances. But while puberty involves certain emotional, physical and psychological adjustments, teenagers can actually develop richer and more meaningful relationships during this time.

The Certificate of Adolescent Psychology is a valuable course for anyone who deals with teenagers in their daily lives — at home or at work. This includes parents, teachers, carers, counsellors, sports coaches, employment officers and youth and social workers.

You will learn about how the adolescent mind grows and develops, how to recognise their development phases, and how to support, guide and positively influence adolescents through crises in their journey into adulthood. You will also study an adolescent’s physical, emotional, intellectual, social, sexual and moral development. This includes exploring the theories of renowned psychologists like Kohlberg and Piaget. With this course, you and the teenagers you deal with will get through this together!

Outcomes achieved by undertaking psychology of adolescence course include:

This is a comprehensive theory about the nature and development of human intelligence, and it was developed by Swiss developmental psychologist, Jean Piaget. The theory deals with the nature of knowledge, and how humans gradually acquire, construct and use it, and there are four stages.

You will become familiar with the final stage of it — the formal operational stage — when studying our psychology of adolescence course. The final stage affects children aged 12 to adulthood as they transition through adolescence into adulthood. Key features of this stage include:

Piaget and his colleagues conducted several experiments to assess children’s formal operational thought. In one of these, they evaluated the cognitive capabilities of children of different ages via the use of a scale and various weights. Their task was to balance the scale by adding weights on the ends of the scale. To successfully complete the task, they had to use formal operational thought in order to realise that the heaviness of the weights and the distance of the weights from the centre would both affect the balance.

In essence, a lighter weight had to be placed further from the centre of the scale and a heavier weight closer to the centre, so that the two weights balanced each other. The three to five year olds couldn’t comprehend the concept of balance. But by the age of seven, children could balance the scale by placing the same weights on both ends. However, they failed to realise the importance of the location.

By age ten, children were thinking about location, but failed to use logic — instead, they used trial and error. By the aged of around thirteen, children more clearly understood the relationship between distance and weight and could successfully implement their hypothesis.

Erik Erikson articulated this theory in the second half of the 20th century. It is a comprehensive psychoanalytic theory that identified a series of eight stages that a healthy developing individual passes through from infancy to late adulthood.

In this psychology of adolescence course, you will cover stage five, which is titled Fidelity: Identity vs. Role Confusion, and it is relevant to adolescents from around 12 to 19 years of age. The existential question Erikson poses here is, “Who Am I and What Can I Be?”

At this stage, adolescents are achieving their identity in terms of gender roles, occupation and in some cultures, religion. They are also concerned about how they appear to others. ‘Superego identity’ is established which is the “accrued confidence that the outer sameness and continuity prepared in the future are matched by the sameness and continuity of one’s meaning for oneself”. This can be seen in the situation of settling on a school, occupational identity and the promise of a career.

In later stages, individuals develop a sense of sexual identity and ponder the roles they will play in the adult world. Some will experience confusion about the specific ways they will fit into society and may experiment. For example, they may tinker with cars, babysit neighbours’ children or affiliate with certain religious or political groups. Erikson proposes that most adolescents will eventually achieve a sense of identity in terms of who they are and where their lives are headed.

Erikson is credited with coining the term ‘identity crisis’. Each stage that has come before and follows has its own ‘crisis’, but the fifth stage is unique because it parallels the transition from childhood to adulthood. He proposed that this turning point in human development is the reconciliation between “the person one has come to be” and “the person society expects one to become”. This emerging sense of self is typically established by forging past experiences with anticipations for the future.

Adolescence is a time of radical change — from the changes that happen with puberty, the sharpened awareness of the roles society offers for later life, and the ability of the mind to “search one’s own intentions and the intentions of others”. According to Erikson, when an adolescent has balanced both of the perspectives of “What have I got?” and “What am I going to do with it?” they have established their identity.

Identify issues that are unique to young adults, distinguish between ‘typical’ and ‘problem’ behaviours, and learn how to support and respond to them confidently with our Certificate of Adolescent Psychology.

Learn How to Be a Freelance Writer!