Expand Your Health Career With Our Psychopharmacology Online Course

The word ‘drugs’ refers to medicines that can ease pain, arrest or cure disease or provide other benefits, however, some drugs can also have powerful side effects and lead to dependency. This is because drugs affect people in different ways and at different times. Understanding how certain types of drugs can affect human behaviour can assist those working in counselling, psychotherapy, psychology, nursing, social work, caring roles and other health professions.

The Certificate of Psychopharmacology will give you insights into drug treatments and preventative education strategies, and the effects of drugs on individuals and society. You will also explore a range of drugs — including sedatives and anti-anxiety drugs and those that are legal, legally restricted, prescription and available over-the-counter.

Outcomes achieved by undertaking a psychopharmacology online course include:

The History of Psychopharmacology

Psychopharmacology originated in the early nineteenth century with the experimental and recreational human use of medicines and organic drugs. Coffee and tobacco were freely accessible in America. Plant derivatives like opium and tea freely available in the oriental region and alcohol was prevalent worldwide.

Over time, scientists became progressively curious as to how drugs affected animal behaviour, and through animal testing, the efficacy of certain substances became increasingly evident. During the latter part of the nineteenth century, alkaloids like morphine and chloral hydrate were growing in prevalence in asylums and university hospitals.

Prior to the use of drugs like thioridazine and chlorpromazine in the 1950s, over half a million people resided in American mental institutions. But with the development and use of pharmacologic interventions, the figure dramatically decreased to around 200,000 patients within ten years.

A psychopharmacology online course will allow you to explore a range of drugs — both legal, legally restricted, prescription and over-the-counter drugs. But what do the statistics say in terms of usage? The 2019 National Drug Strategy Household Survey collected information on tobacco and alcohol consumption and illegal drug use among the general Australian population. Here are some key findings:

5 Facts About Mental Health in Australia

October 7 to 11 marked Mental Health Week this year. The theme Mind Your Health is a reminder that mental health is just as important as physical health. Our psychopharmacology online course will give you insights into the connection between drugs and mental health. But it will also bring to light how big an issue mental health is in Australia and how it can affect anyone.

Society must tackle mental illness to reduce stigma and discrimination and encourage people to seek support. It is commonly misunderstood as “mental ill-health”, but it’s actually about wellness — about enjoying life, feeling resilient and being able to connect with others. Here are five interesting statistics about mental health in Australia.

According to GPs, and a 2018 report from the Royal Australian College of General Practitioners, Australians discuss mental health issues with their doctor more than any issue. In fact, a survey of more than 1500 doctors cited that 62 per cent of patients consulted their doctor for mental disorders.

#2 – The prevalence of mental illness

Almost one in every five Australians will experience a mental illness in a given year. According to the Australian Institute of Health and Welfare, over four million Australians experienced a mental disorder in 2015, with numbers increasing year-on-year. The most common mental illnesses are anxiety, depression and substance use disorder.

#3 – The cause of poor health and disability

Mental health problems and substance use disorders are the leading cause of poor health and disability according to the World Health Organisation (WHO). In fact, they cite that they cause 23 per cent of all years lost due to disability. Issues are most prevalent in men between the ages of 30 and 69, who are more likely to have their life expectancy lowered by substance abuse. This is more commonly known as disability-adjusted life years (or DALY), and it’s a measure of overall disease burden. It was developed in the 1990s as a way of comparing the overall life expectancy and health of different countries.

Almost one in four young people meet the criteria for PSMI according to a report by Mission Australia and the Black Dog Institute. The report showed the figure increased from around 19 per cent in 2012 to almost 23 per cent in 2016. The number was even higher (around 31 per cent) with Aboriginal and Torres Strait Islander respondents.

Three-quarters of all lifetime mental health disorders emerge by the age of 24. This highlights the importance of urgent and ongoing gender and culturally sensitive responses to support young people’s health.

Gain a sound understanding of the short and long-term effects of various drugs and help people overcome dependency with a psychopharmacology online course, such as our Certificate of Psychopharmacology. 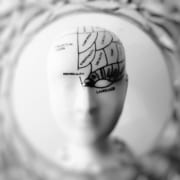