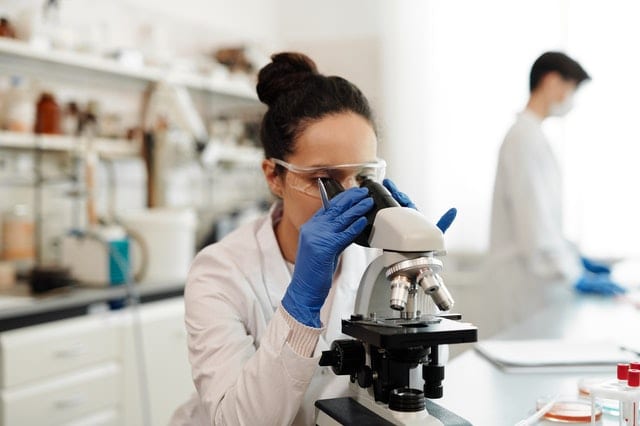 Genetics is at the forefront of advancements in medicine, science, technology, agriculture … and the list goes on! The Certificate of Genetics is ideal for those who work in genetic enhancements, law, forensics, the health sector, or those with some knowledge of biology who would like to learn more about their own health.

You will also learn about mutations, genetic chemistry, DNA repair, recombination and developmental, and population and applied genetics.

Outcomes achieved if you study genetics courses include:

When you study genetics courses you will gain insights into how genetics research has lead to an understanding of what causes disease, the diagnosis of diseases and genetic screening to identify populations that are of risk from a specific genetic disorder.

One example of advances in science can be illustrated by the research done by the Public Health Genomics team at Monash University. They have developed a new genomic risk score, known as a polygenic risk score – or PRS – for skin cancer (melanoma), which is particularly of value for predicting melanoma risk in older people.

The research team used results from the world’s largest genome-wide association study (GWAS) meta-analysis of melanoma. It revealed 56 different genetic variants associated with melanoma — many more than were previously known.

An individual’s genomic risk of developing melanomas may be influenced by numerous genetic changes across their DNA. In isolation, they may not show a strong effect but collectively can cause a sharp increase in risk. A PRS is a new way of aggregating the effects of these many genetic changes into a single, easily understandable risk score.

In terms of the older population, the role of genetics has significant clinical relevance. This is because advancing age is associated with poorer survival rates, thicker melanomas and greater recurrence risk.

Historically, visual assessments like skin checks have guided melanoma risk prediction, but the genomic risk is increasingly being used in conjunction with other measures to improve risk prediction.

Other Uses of Genetics

Everything from horticulture and agriculture to the veterinary industry is being impacted by our rapidly developing understanding of genetics. And there is no doubt that the knowledge you gain when you study genetics courses, will lay a great foundation for many business and employment opportunities over the coming years. These include in the areas of:

Selective breeding in farm animals is centred around identifying the most desirable characteristics and breeding from animals that display them. Traits essentially fit into five basic categories:

Whereas the main objective of a farm animal breeding program is to improve performance, breeding programs for pedigree cats and dogs and other pet animals centres on how they look in terms of the phenotype.

Pedigree dog breeding in particular is big business and can generate significant amounts of money for the breeder. However, in recent years, it has come under heavy criticism as one of the consequences of breeding for specific traits that affect appearance is that other genes may also be selected that are detrimental to a dog’s health and welfare. For example, in the past, pugs and King Charles Spaniels have been bred with shortened noses that led to breathing problems.

Plant breeding has been practised for thousands of years. It is essentially the manipulation of plant species in order to create desired phenotypes and genotypes for specific purposes.

Classical plant breeding uses the planned crossing of closely or distantly related individuals to produce new crop lines or varieties with desirable properties. These may include shape, colour, disease resistance or potential yield in crop-producing plants. Plants are crossbred to introduce traits and genes from one variety or line into a new genetic background. These days, this manipulation may also involve genetic engineering or controlled pollination or both, followed by the artificial selection of progeny.

Plant breeding is now practised worldwide by commercial enterprises and government institutions as it is believed that breeding new crops is important for ensuring food security through the development of crops suitable for their environments such as in drought conditions or warmer climates.

Humans are known to have between 20,000 and 25,000 genes and when you study genetics courses, you will gain insights into how these small segments of DNA make us who we are. However, here are some facts that will up the inspirational ante!

Gain knowledge in the fundamentals of genetics, including cellular function, traits, heritability and characteristics when you study genetics courses like our Certificate of Genetics. 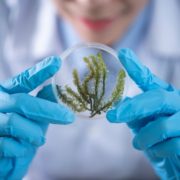 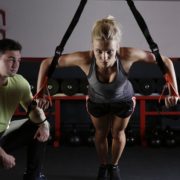 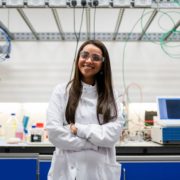 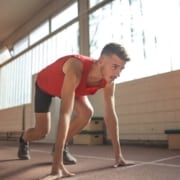 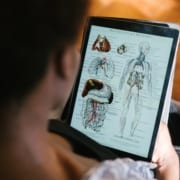 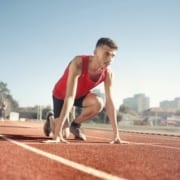 Advance Your Career with a Human Biology Online Course!
Subscribe to Newsletter

Fight Cybercrime with a Fundamentals of Information Security Course