So, You Want to Be a Screenwriter? 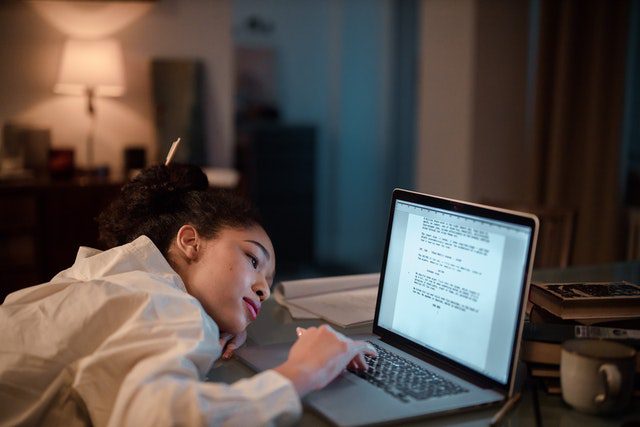 If you’re looking to break into the competitive screenwriting industry, our screenwriting course will give you the knowledge and skills to pursue your passion.

The Certificate of Script Writing is a professional development course that will show you how to craft a script for a variety of media, from websites to radio, film, advertising and educational resources! Once you’ve learnt the basics, the sky really is the limit when you let your imagination soar.

If you’re interested in enrolling in this screenwriting course, simply jump online and view or print a course brochure. It’s here you’ll find out precisely what you’ll be studying.

When you’re sure, this is the right course for you, enrol directly online by clicking ‘ADD TO CART!’ If you still have a few questions, Live Chat with us or if you’re more of a phone person, just call one of our friendly Learning Consultants on 1300 76 2221.

What Do Screenwriters Do?

Screenwriting is the craft of creating scripts for feature films, television, theatre, advertising and video games.

So, what exactly does a screenwriter do? A screenwriter can work on various projects as an employee for a company or as a freelance contractor from the comfort of their own home!

From Hollywood blockbusters to homegrown film productions, screenwriters have a challenging, often arduous, task when writing a script for a feature film. Film scripts usually start out as a solo project but develop into a collaboration to bring the movie magic to life!

Screenwriting for television is an exciting medium because writers have ongoing input on everything from the storylines to the set decoration to help develop what an episode looks like.

Writing a script for theatre is a dramatic art form! You’ll write the setting, dialogue and actions to infuse meaning and authenticity into the play.

Video games aren’t like movies! They don’t begin with a screenplay – they start with project directors and game designers – it’s a collaboration! There’s an art to writing exciting game dialogue, and at the heart of success is putting character first. It’s also important to keep writing succinct. If you play a lot of video games, you’ll understand this concept well.

Whether it’s a regular script or an animation script, you’ll need to infuse energy into it to fight difficult course content. After all, you’ll need to keep your learners engaged and wanting more!

How to Become a Screenwriter

It won’t happen overnight, but if you’re an ambitious budding screenwriter, you can succeed. Here are a few tips on getting your screenwriting career off the ground.

Learn how to write a script

The first logical step to take in becoming a screenwriter is to learn how to write a script. You can take a screenwriting course, or you can invest in a film and screen bachelor’s degree. Regardless, if you want to be a successful screenwriter, you’ll need to learn the basics at a minimum.

Read screenplays, then watch the films

If you can get your hands on film, television or theatre scripts, read as many as you can! Next, watch the film or show to see how it all comes together on the big (or small) screen.

So, you’ve taken a screenwriting course – tick! You’ve read and then watched as many films as is possible! Now it’s time to start the real work – actually writing scripts. You know what they say … practice makes perfect!

Quite literally, no one has ever walked straight into a screenwriting position. It takes time with creativity, imagination and mastering the craft of your springboard. You can, however, start applying for entry-level positions in the film industry. Entry is competitive but not impossible. Many screenwriters have started as receptionists, baristas and security personnel in the film industry before landing a role that’s closer to their dream job as a writer.

Try to find a mentor to share screenwriting wisdom. The film industry is a relationship business – it’s important to build connections in the industry in whatever way you can as a beginner. LinkedIn is a great place to start, but don’t stop there. Try to attend any seminars or events with industry-heavy (or light) weights.

Submit work to competitions and festivals

Do you like a challenge? Of course you do, you want to be a screenwriter! When you’ve completed a screenwriting course, enter as many competitions as possible. It’s a great way to build your portfolio and is a chance at recognition for your talent and ideas.

The Australian International Screenwriting Awards are passionate about discovering new talent. So, be brave and submit! It’s a great way to have your work critiqued on artistic and entertainment value!

How Much Do Scriptwriters Earn?

It usually is a passion project, but screenwriters who are successful can expect to be paid well. Payscalereports that screenwriters can earn from $75,000 per year to upwards of $99,000!

If you’d like to learn how to write a script, you’ll love our screenwriting course. The Certificate of Script Writingis ideal professional development for budding script writers. Enrol and start your course today.