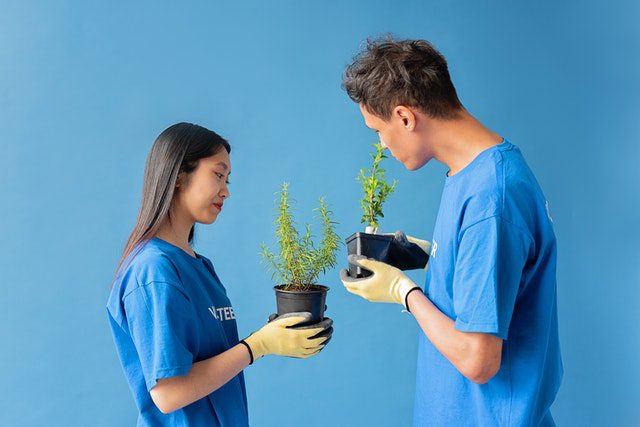 Ideal for volunteers, activists, politicians and lawyers, conservation careers will allow you to ignite your passion for protecting threatened plant species and native flora. Our Certificate of Plant Conservation will give you a comprehensive understanding of the complexities of plant conservation and inspire you to advocate for change.

You will learn about the challenges associated with protection and restoration measures, ex-situ conservation for threatened species, and the application of genetics and ecosystem conservation methods. You will also study community action initiatives and ways to respond to environmental change to conserve plant species and populations.

Australia’s flora is globally distinctive, with more than 90 per cent of our 22,000 plus vascular plant species found nowhere else in the world. Australia’s plants were used, managed and celebrated by Australia’s First Nations people for at least 60,000 years, however since European colonisation they have faced a range of threats. Animals, diseases, land clearing, floods, fires and interruptions to ecological processes have taken a heavy toll on many species. If you are looking at plant conservation careers, then you’ll no doubt be interested in discovering some of Australia’s rarest plants.

Released in 2021 by the National Environmental Science Programme – Threatened Species Recovery Hub, the Action Plan for Australia’s Imperilled Plants details over 750 plants listed as endangered or critically endangered, and fifty plants that have the greatest risk of extinction. Some of these include:

Varying reports have been produced in Australia since the early 1970s calling for action on endangered species and promoting a regional network of botanic gardens to concentrate on the flora of their local region. And while many of these reports recognised the role that botanic gardens play in conservation activities, there was a significant number of other people and groups that were overlooked, in particular, “non-professionals”.

In 1991, the ANBG acted to co-ordinate the ex-situ conservation of rare and threatened plants by organising a conference, which was titled “Protective Custody? – Ex-Situ Plant Conservation in Australasia”. Conference participants included those from universities, conservation agencies, botanic gardens, zoos, local councils, the forestry industry, horticultural organisations and the mining industry, which reflects the immense interest in the subject throughout the community.

It was generally agreed by conference delegates that there was a need for informal networking so that the diverse range of groups involved could be made aware of the situation. Out of this came a proposal for the establishment of the Australian Network for Plant Conservation (ANPC). It is a great resource if you are looking at conservation careers.

The aims of the Network include:

You can find out more about some of the ANPC’s wonderful projects here.

5 Steps to Making the Right Career Choice
Scroll to top