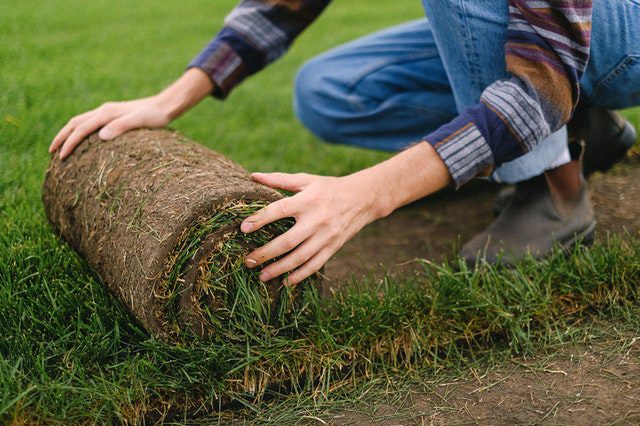 Build a profitable business in the turf industry or successfully manage turf in your gardening or landscaping career with our Certificate of Turf Care.

In this turf management course, you will understand the basics of soil management, turf grass varieties, irrigation and cultivation techniques. You will also learn how to establish, plant, maintain and repair laws for various locations including bowls clubs, golf courses, sports grounds and even your own home!

Outcomes achieved by undertaking a turf management course include:

Sports grass requires turf management to maintain its functionality and keep it looking good, but another important factor involved in its care is choosing the right type of grass from the get-go. So whether you are looking to create your own sports field or have a new property and are keen to lay down grass for your outdoor sporting activities, here are the main types of sports grass.

This turf is a combination of natural and artificial grass and can be found on sporting fields across the country. Natural grass grows above the synthetic fibre, the final product is carpet-like and it can be grown at a turf farm and then delivered as a ready-to-play option. The first club to install this type of grass was the Melbourne Cricket Ground (MCG) in 1999, with a subsequent re-surfacing program occurring in 2014.

This is a variety of grass that can handle drought, high levels of salt and high amounts of wear, so is ideal  for a versatile lawn or a sporting field. There are a variety of types including Conquest Couch, Oz Tuff, Stadium Sport Couch and Grand Prix Couch … to name a few! Stadium Sport Couch in particular is used on golf courses, sporting facilities and on council grounds across the country.

Best suited to temperate climates in Australia, this variety of grass is slow-growing, low-maintenance, drought-tolerant and can handle wear, so is ideal for sporting fields. It also has a natural resistance to many common diseases and weeds and requires very little water to survive and thrive. Types include Zoysia Macrantha, Empire Zoysia, Zoysia Japonica and Zoysia Matrella.

If you love your sport, you’ve no doubt visited a variety of sporting stadiums. And if you’re interested in

turf management, you’ve probably also admired not just the performance of your favourite team, but the lushness of the sports grass! If not, here are some of Australia’s best stadiums you should check out for some inspiration.

Known locally as “The G”, the MCG is located in Yarra Park in Melbourne and it is the largest stadium in the Southern Hemisphere. It was built in 1853 and served as the centrepiece stadium for the 1956 Summer Olympics, the 2006 Commonwealth Games and the 1992 and 2015 Cricket World Cups.  The stadium hosted both the first test match and first One Day International played between Australia and England in 1877 and 1971 respectively. It has also become the principal venue for AFL matches, including the AFL Grand Final, the world’s highest attended league championship event. It has also hosted other major sporting events including international rules football matches, international rugby union matches, State of Origin games and FIFA World Cup qualifiers. With a total capacity of over 100,000 people, it is also home to the National Sports Museum.

Located in the parklands between the city centre and North Adelaide, Adelaide Oval is predominately used for cricket and Australian rules football, but has also played host to rugby union, soccer, rugby league and tennis. It has also been headquarters to the South Australian National Football League (SANFL) since 2014 and the South Australian Cricket Association (SACA) since 1871.

With a capacity of 48,000, the SCG is used for Twenty20, Test and One Day International cricket, as well as rugby league, Australian rules football and rugby union. It is the home ground for the Sydney Sixers of the Big Bash League, the New South Wales Blues cricket team, and the Sydney Swans of the Australian Football League.

Also known by naming rights sponsorship as Optus Stadium, this is a multi-purpose stadium located in the suburb of Burswood. It was completed in late 2017 and officially opened on 21 January 2018. With a capacity of over 60,000 people, it is the third-largest stadium in Australia after the MCG and Stadium Australia. It is primarily used for cricket and Australian rules football. Perth’s two AFL team (the Fremantle Football Club and the West Coast Eagles) relocated their games from Subiaco Oval to this stadium, and the Perth Scorchers also play their Big Bash League here.

Also known as Lang Park and the Brisbane Football Stadium and nicknamed “The Cauldron”, this is a multi-purpose stadium located in Milton, Brisbane. The current facility has a capacity of 52,500 people and this three-tiered rectangular sporting stadium is primarily used for rugby union and ruby league. The stadium’s major tenants include the Queensland Reds, the Brisbane Broncos and the Australian Wallabies. It was established in 1914 and in its early days was home to a number of different sports, including soccer, athletics and cycling.

The lease of the park was taken over by the Brisbane Rugby League in 1957 and it is the home of the game to this day. It has also hosted the 2008 and 2017 Rugby League World Cup Finals and the 2021 NRL Grand Final. The venue will host several matches for the 2023 FIFA Women’s World Cup as well as the football component of the 2032 Summer Olympics.

Formerly known as Telstra Stadium and ANZ Stadium, Stadium Australia is a multi-purpose stadium located in Sydney Olympic Park. It was completed in 1999 at a cost of $690 million to host the 2000 Summer Olympics. It was originally built to hold 110,000 people, making it the second largest stadium in Australia after the MCG. In 2003, reconfiguration work was completed to shorten the south and north wings and install movable seating. These changes reduced the capacity to 82,500 for an oval field and 83,500 for a rectangular field.

Also known as the Brisbane Cricket Ground, the Gabba is located in Woolloongabba in Brisbane (hence its nickname). Over the years, it has hosted cricket, athletics, baseball, Australian rules football, cycling, rugby union, rugby league and pony and greyhound racing. At present, it is the home ground for the Queensland Bulls, the Brisbane Heat and the Brisbane Lions. It will be the centrepiece of the 2032 Summer Olympics and will be upgraded for the Games in order to increase its capacity to 50,000.

Currently also known by naming rights sponsorship as Marvel Stadium, Docklands is a multi-purpose stadium in Melbourne. Construction started in 1997 and was completed in 2000 at a cost of $460 million. It is primarily used for Australian rules football and, with a capacity for 53,000 people for sports, it is the second-largest stadium in Melbourne. It has also hosted other sporting events including ruby union, rugby league, Melbourne Victory soccer and Twenty20 cricket.

Gain the confidence to plant, establish and maintain quality lawns and sports turf with a turf management course such as our Certificate of Turf Care. 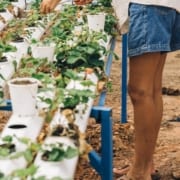 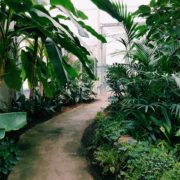 Grow your Green Thumb With a Tropical Gardening Course!
Subscribe to Newsletter