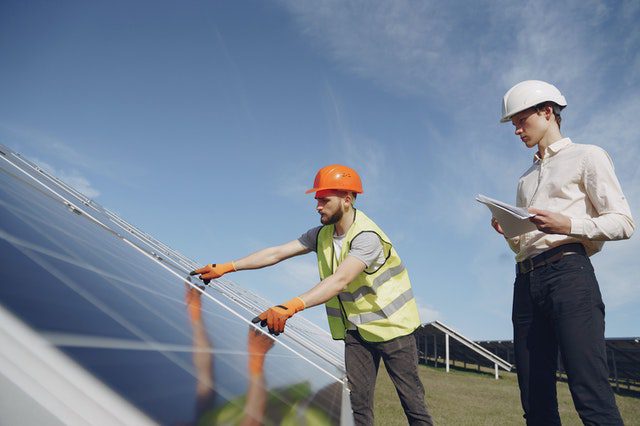 Protecting our planet is an issue on the global stage, and those with environmental research skills are in high demand. This course is ideal for those wanting to take the first step towards an environmental consultant career, or as a professional development course for those who are skilled in this area but would like to “sell” their expertise effectively.

The Certificate of Environmental Assessment will teach you how to use your knowledge of plant and animal ecology and identification to undertake and leverage environmental research.

You will study the basics of environmental study design, analysis and reporting within a legal framework, and the assessment techniques that have been developed and used around the world.

You will also learn about report structure, presentation and layout, review and leverage a variety of Environmental Impact Statements, and develop your networking skills which is a vital skill to have in this ever-changing industry.

Outcomes achieved by undertaking this course that will assist you with securing an environmental consultant career include:

The Environment Protection and Biodiversity Conservation Act 1999 (EPBC Act) ensures “nationally significant” animals, plants, habitats and heritage places are identified, and any potential negative impacts are carefully considered before changes in new developments or land use are approved.

The Department of Agriculture, Water and the Environment is responsible for managing the environmental assessment and approval process under the EPBC Act. The Act ensures that developers, companies, governments, landowners and individuals seek Commonwealth approval in addition to state and territory or local government approvals if their plans might significantly impact on matters of national significance. The Australian Government continuously updates this list, and a common set of processes is used for all applications.

There are nine matters of national significance that come under the EPBC Act:

The History of International Environment Law

Learning about the history of International Environment Law (IEL) is a fascinating component of an environmental consultant career. But where did this global discipline come from and how has it evolved?

The rules of IEL have not been dictated by an international authority or a national institution. Rather, they are a collection of treaties, declarations and rules — some voluntary and some binding — that have developed alongside scientific awareness and knowledge of the current state of our natural world.

The history of IEL can be divided into three stages and is separated by two of the most relevant international conferences held so far — the Stockholm Conference in 1972, and the Rio de Janeiro Earth Summit in 1992. In 2016, with the signing of the Paris Agreement, a new platform began to confront humanity’s most important natural challenge — the current climate emergency.

Before the 1960s, there was little environmental awareness and only a few isolated international environmental regulatory initiatives. It was in this decade that public opinion really became aware of the dangers threatening the planet. The Stockholm Declaration was devised in 1972 and was the first international document to recognise the right of individuals to a healthy environment.

The Declaration also established the Principle of Cooperation, which recognised that countries should unite in their efforts to meet the global challenges of our shared environment. At this time, UN General Assembly also created the United Nations Environment Programme (UNEP), which is the central body in charge of environmental affairs today.

In 1983, the UN created the World Commission on Environment and Development, known as the Brundtland Commission. Its work, which focused on the difficult relationship between environment and development, resulted in the report Our Common Future (1987). This document mirrored the concept of sustainable development, which is the basis for the evolution of IEL.

During this Conference in 1992, two conventions were presented to be signed by national governments: the Convention on Biological Diversity and the United Nations Framework Convention on Climate Change (UNFCCC). The Rio Declaration was also established, which reaffirmed the Stockholm Declaration and the Agenda 21 action program, which continues to guide governments and non-state actors in environmental protection activities, and the central concept continued to be sustainable development.

After the Rio Summit

The Convention on Climate Change of 1995 deserves special mention since its signatories have met every year at the Conference of the Parties (COP). Within this framework, in 1997, the Kyoto Protocol was presented. Despite not having been successful in mitigating greenhouse gas emissions, it was the first international agreement to establish legally binding obligations for developed countries.

In 2000, 189 countries adopted the Millennium Declaration in New York, which strengthened the importance of sustainable development by recognising the need for sustainable economic growth with a focus on the poor and respect for human rights.

In 2012, the UN organised the third Conference on Sustainable Development, known as Rio + 20, which brought together 192 Member States, private sector companies, NGOs, and other organisations. The result was a non-binding document called The Future We Want. In this document, States renewed their commitment to sustainable development and the promotion of a sustainable future.

The Kyoto Protocol to address climate change gave way to the Paris Agreement in 2016.  In this agreement, the signatory countries committed themselves to do everything possible to prevent the average temperature of the planet from rising by 2°C, compared to pre-industrial levels and hopefully staying below a 1.5°C rise.

Gain the skills to undertake your own environmental research assessment project and present it as a professional report to test your skills for an environmental consultant career with our Certificate of Environmental Assessment.

Enrol in an Animal Welfare Course – Make a Difference!
Scroll to top