Keep the Letter of the Law With a Legal Terminology Course

Legal language is not a universal language – it is dependent on culture and intertwined with individual societies and their unique legal systems. This Legal Terminology course is ideal for legal secretaries, legal assistants, paralegals and legal administration assistants.

This legal terminology course is also useful for anyone who deals with this particular terminology — from journalists, accountants, public servants and those in the legal and law enforcement professions, to those who need to buy a property or prepare a legal document.

You will learn about the scope and nature of legal terminology, how it is used in the legal workplace and legal systems and different types of law. You will study the common legal languages, legal terms, the people and processes involved in law, and different legal systems across the world. You will also gain insights into property, criminal, contract, business, estate, family, insurance and accidents compensation law.

Outcomes achieved by undertaking a legal terminology course include:

Although many court cases follow existing laws, some cases set new precedents or interpret the law in different ways. As a result, some cases become controversial and historic, and influence how future cases are viewed for years to come. Here are some of the most famous cases in the history of Australian law that may inspire you to undertake a legal terminology course.

This was not only a constitutional landmark, but an environmental victory. The case saw the Tasmanian and Federal governments clash in the High Court over the construction of a hydroelectric dam. While the Tasmanian Government believed that they had a legal right to build the dam, the Federal Government opposed it under the World Heritage Convention. The Federal Government won a 4:3 majority in the High Court, setting not only a new legal precedent, but also preserving a key piece of Australian wilderness.

1984: Chamberlain vs the Queen

This murder trial was one of the most widely broadcasted in history. The case centred around the death of an infant on a camping holiday to Uluru. The prosecution claimed that she had been murdered by her mother, while the mother claimed the child had been taken by a dingo.

In spite of poor eye witness testimony that often backed the defendant, a forensic scientist who had their evidence overturned in previous trials, and questionable blood testing, Lindy Chamberlain was found guilty.  New evidence emerged in 1986 that the child may have in fact been killed by a dingo (which was corroborated in 2012), meaning that Chamberlain was released and eventually acquitted.

This was a case of contract law and established promissory estoppel as its own cause of action. This means that even though a contract hadn’t been signed, it could still be enforced because it was “promised”.  Although it was deemed that the Mahers did not have a contract with Waltons and were left with a half re-built building, the court found that the Waltons owed damages to the Mahers because they led them to believe that a contract was merely a formality.

The case of Ahmed Al-Kateb is Australia’s most famous and controversial immigration case. Born in Palestine to Kuwaiti parents, Al-Kateb was stateless. When he was refused a temporary protection visa in Australia, he could not be returned to his country of origin.

In its ruling, the High Court decided that he could be detained indefinitely and that it was lawful to indefinitely detain any stateless person. Huge controversy surrounded the decision, which led to Immigration Minister, Amanda Vanstone, reviewing the cases of 24 stateless people in immigration detention. In addition, other countries found this indefinite detention unlawful due to theEuropean Convention on Human Rights. Al-Kateb was eventually released and awarded a permanent visa in 2007.

In this 2013 plebiscite, Australia voted in favour of same-sex marriage, and in December 2017, Parliament approved a change in the law. However, before that, there had been efforts to legalise same-sex marriage. The ACT used the Marriage Equality (Same Sex) Act 2013 to try and build on the existing recognition of same-sex unions in the ACT, which included civil partnerships and civil unions. The Act came into place on 7 November 2013, but after a challenge in this court case from the High Court of Australia, it was struck out by 12 December 2013.

This court case involved a well-known brand and serves as a warning to businesses not to misrepresent their products. The Australian Competition and Consumer Commission (ACCC) launched legal action against Reckitt Benckiser, the UK-based firm that makes the painkiller Nurofen. The claim was that Nurofen was misrepresenting their products by labelling different Nurofen tablets as being able to target specific types of pain.

For example, one tablet claimed to be for back pain, while another was supposedly for migraines. Not only that, but they said that these tablets contained the same generic ingredients as standard Nurofen, but were priced significantly higher.

The court ruled that Reckitt Benckiser had misled customers and that the different pills all contained the same active ingredient. The court ordered the products be removed from shops within three months. The company was also ordered to pay a $1.7m fine, but this was increased to $6m following a consumer watchdog appeal. 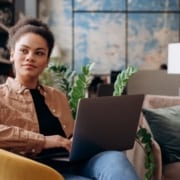 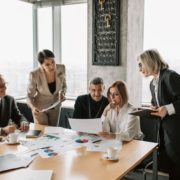 Get Onboard With a Board Governance Course!

Lead the Way to Success With a Supervisory Training Course 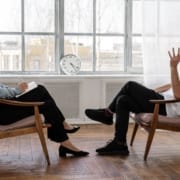 Develop Your Mentoring Skills With Our Business Coaching Course!
Subscribe to Newsletter