How to Become a Zookeeper! 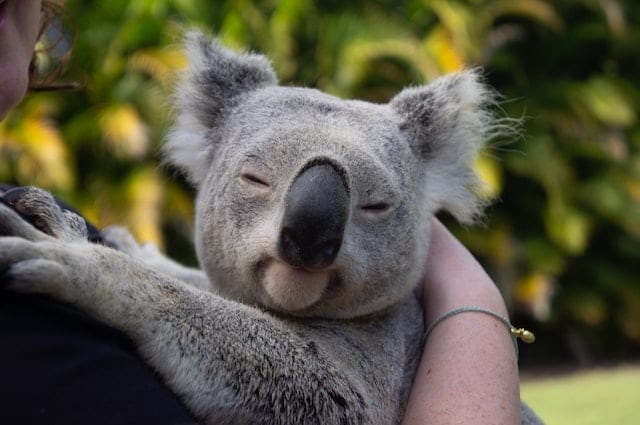 Who doesn’t love a zoo! If you’ve always dreamed of working with wild animals, you’re probably wondering how to become a zookeeper. While qualifications aren’t required for an entry-level zookeeper position, a course in captive husbandry is favourable due to the competitive nature of the field.

There are many places you can find work as a zookeeper, from actual zoos (like Australia Zoo)to anywhere that animals live and are on display. You might find work in fauna sanctuaries, aquariums, safari parks and petting zoos.

Our Certificate of Zookeeping is her perfect introduction to further study in zoology if you’d like to pursue tertiary education. But, if you want to become a zookeeper, this professional development course is ideal for getting your foot in the door at a zoo.

In this online zookeeping course, you will learn about occupational health and safety in zoos, nutrition and feeding guidelines, health and reproduction of wild animals, behaviour management and enrichment, enclosure design and maintenance, human-animal interactions and more.

Outcomes achieved by undertaking the Certificate of Zookeeping include:

4 Steps to Becoming a Zookeeper

A zookeeper must meet physical fitness requirements, including a fitness test. A fitness test may include a beep test, exercises, grip and lower back strength and other measures of physical ability.

So, if you’re dreaming of captive animal management, it might be time to hit the gym!

Enrol in our Certificate of Zookeeping, which is a professional development course designed to provide the edge you’ll need to land an entry-level role in zookeeping.

If you’re serious about becoming a zookeeper, consider joining a professional development group like the International Society of Zoological Sciences. Or you can look for similar professional groups in your state or territory.

If you’re looking to gain some practical experience to complement your theoretical study, why not volunteer? Zoos are busy places, so there’s a good chance you’ll be welcomed with open arms to learn the ropes.

Zookeepers are animal husbandry experts and have a responsibility to maintain the health and wellbeing of wild, captive animals. They are also essential to ensure the proper maintenance of these animals’ habitats.

The duties of a zookeeper include:

Patience – never work with children or animals they say! Unless you’ve got a tonne of patience that is. Wild animals are not always on their best behaviour, so if you’d like to be a zookeeper, we hope patience is a virtue for you.

Attention-to-Detail – are you a noticer? You’ll need to be able to spot the subtle signs of illness or injury in the wild animals that are in your care.  You’ll also need to be exact when you measure out food and medications.

People Skills – People love to visit zoos, so you’ll need to be a people-person. You’re not just handling wild animals as a zookeeper, but often wild crowds too!

We love all of our wildlife at Australia Zoo – but some are a little bit more popular than others. These animals are always a big hit at the zoo!

Cheetah – These impressive carnivores are the fastest land animal on the planet!  They can reach speeds of up to 112 kilometres per hour in just three seconds

Saltwater Crocodile – The saltwater crocodile is the king of all 27 species of crocodilian. They grow to be the largest, most fierce and most misunderstood reptile on the planet!

Dingo – Standing between 52 and 60 centimetres tall and weighing on average between 12 and 24 kilograms, the dingo is very intelligent and resourceful, therefore adapting to live in a variety of environments.

Sumatran Elephants – Solely herbivores, the Sumatran elephants’ dexterous trunk and large molars enable them to gather, and process between five to ten per cent of its body weigh in vegetation per day, including grasses, leaves, fruit and bark.

Giraffe – There are one species and nine subspecies of giraffe, all of which are found throughout 15 African countries, roaming the open, grassy plains. They are very social creatures and are often spotted in groups – called towers. Known as the skyscrapers of the African savannah, a fully-grown male could grow to be almost six metres tall!

Red Kangaroo – Meet the big bosses of the kangaroo world, the epic, red kangaroo! With males standing up to 1.4 metres tall, red kangaroos are the largest of all macropod species! They can be easily distinguished from other species by their red and orange colouration, black and white patches on their cheeks and white tail tip.

Koala – Although these sleepy animals will nap for up to 20 hours each day, they are far from boring.  Did you know that koalas are not bears?  Although their scientific name translates to them being a “grey pouched bear”, they are in fact a marsupial!

Rhinoceros – These giant African natives are found throughout tropical and subtropical grasslands, savannahs and shrublands, and they primarily feed on grasses. Adult bulls can weigh up to 2,300 kilograms.

Inland Taipan – Introducing the most venomous snake in the world and epic predator of the Australian outback! Fierce snakes have, drop for drop, the most potent venom of any snake in the world. Crikey! A single bite from one of these great reptiles has enough venom to kill 100 full-grown men.

Bengal Tiger – Bengal tigers are native to India and Bangladesh and are often referred to as Indian tigers. They are large and extremely powerful, making them one of the most respected apex predators!

Zebra – The plains zebra is one of three zebra species found throughout the shrub and grasslands of Africa. They are closely related to horses and donkeys, yet, are easily distinguished with their distinctive black and white striped coat!

Learn how to be a zookeeper with a professional development course in captive animal husbandry. Enrol in our Certificate of Zookeeping today.

Let Your Career As a Birdkeeper Take Flight!
Scroll to top