Fine-tune Your Medical Knowledge For A Career in Healthcare 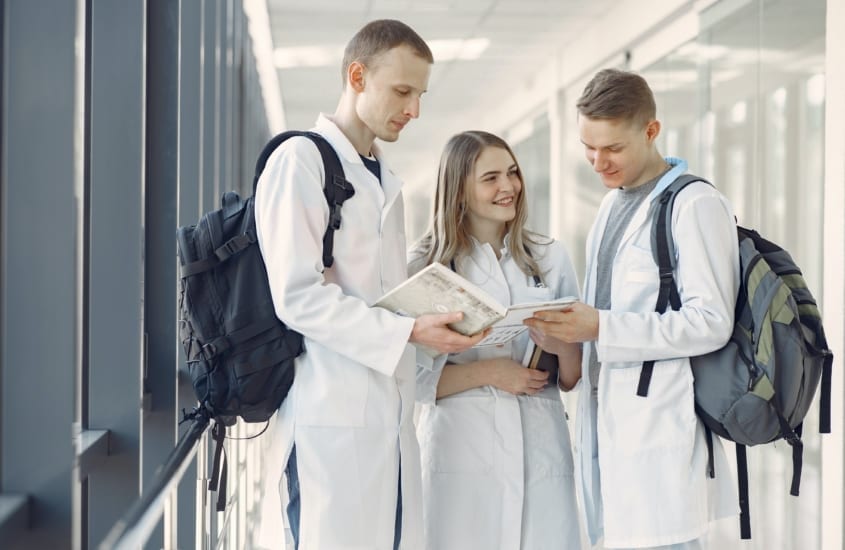 A medical terminology course will equip you with valuable skills that will enable you to interpret and apply the ‘language’ of patients’ medical symptoms and procedures — verbally and in writing — in a range of healthcare settings.

Studying the ‘language’ of healthcare will help you gain a competitive career advantage or help you enter the medical sector as a health administrator, medical receptionist, healthcare worker or ward clerk.

Our Certificate of Medical Terminology will help you learn the ‘ABCs’ of the medical world! This includes studying anatomical and pharmacological terminology and terminology relating to medical equipment. You will also learn about the terms used to describe the various elements of the cardiovascular, musculoskeletal, immune, lymphatic, reproductive, respiratory, excretory, digestive and integumentary systems.

Outcomes achieved by undertaking a medical terminology course include:

The History of Medical Terminology

Medical terminology has evolved primarily from the Greek and Latin languages. The science of anatomy began during the Renaissance, and many early anatomists attended Italian schools of medicine. They assigned Latin names to structures they discovered, which is why Latin accounts for many of the root words in the English language.

Names for others conditions were retained from the teachings of Greek physician, Galen, who wrote texts on medicine in the latter part of his life. These remained influential for almost 1500 years and many of the condition and disease names he first used have been retained. Which explains why the second most common source of medical root words is the Greek language!

Older roots also have their origins in Arabic, due to the scholars that were important teachers of medicine throughout the middle ages. Some modern roots are also taken from the English language, which reflects its pre-eminence in the medical and biomedical sciences for the past half-century.

The addition of suffixes to nouns to denote different syntax constructions comes from the Latin language. This is because suffices were commonly used by Italian scientists.

Some prefixes are also adaptions of Latin words, and in medical terminology, they were attached to root words and often used to indicate locations on the body or directions relative to structures in the body.

Some words in modern medical terminology have also been borrowed from biology, and many of these are species of pathogens and names of the genus. Using Latin for these names dates back to the founder of the modern system of taxonomy, Carl Linnaeus.

And finally, from 1650 through to 1850 and because Latin was the language of educated people, many linguistic elements from the Latin language (like prefixes, roots, and suffixes) were included.

An example of medical terminology being used to describe diseases or procedures is the case of acute pancreatitis. The root (pancrea-) indicates the organ involved, the pancreas. The suffix (-itis) indicates inflammation, and the word ‘acute’ describes a rapid onset of the condition.

An example of a surgical procedure is a choledocholithotomy. This is an operation to remove (-otomy) a stone (-litho-) that originated in the gall bladder (chole-) but is currently in the common bile duct (-docho-)!

Gaining a valuable career edge or up-skilling to enter the exciting and ever-changing world of healthcare is as simple as learning your (medical) ABCs with our Certificate of Medical Terminology!

Improve Your EQ with Our Emotional Intelligence Course
Scroll to top