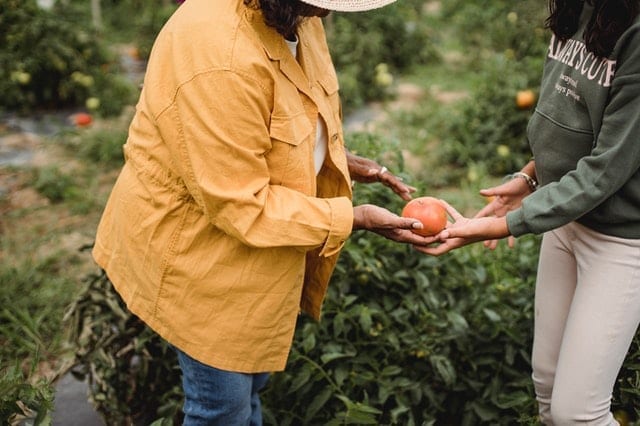 Our Introduction to Bush Tucker Plants course is ideal for anyone interested in native bush foods — from landscapers and tour guides to chefs and plant lovers. Be inspired to create edible gardens and enhance your menus!

Since the 1970s, there has been a growing recognition of the gourmet and nutritional value of native foods and the industry continues to grow. This has led to the expansion of commercial cultivation, and today, a number of bush foods are used in restaurant menus and packaged as gourmet foods across Australia … and the world!

Our bush tucker plants course will help you identify, cultivate, harvest and use bush tucker plants. You will learn about the different types of edible Australian plants, and how to prepare and use them in beverages, meals and as flavourings. You will also gain insights into foods that may be used as crops to create new menu items and produce new food products.

Outcomes achieved by undertaking a bush tucker plants course include:

The History of Bush Tucker

Indigenous Australians have eaten native plant foods and prepared them with traditional methods of processing and cooking for an estimated 60,000 years of human habitation. An estimated 5000 species of native foods have been also used, and you will discover many of these when studying our bush tucker plants course. But ever wondered how they made their way into modern-day cooking? Read on …

From 1788 to around 1901 in the more densely colonised areas of Australia, the introduction of non-native foods to Indigenous people resulted in a decrease in the consumption of native foods. This was further accentuated by the loss of traditional lands and the destruction of the native habitats that were used for agriculture. And although bush tucker provided a source of nutrition that often supplemented the meagre rations of non-Indigenous colonial settlers, much of it was deemed ‘inedible’.

The first small-scale commercial plantation of native food plants in Australia was in the 1880s with the propagation of macadamia nut crops. From the 1970s, non-Indigenous Australians began to recognise the value of native Australian foods. Books such as Wildfoods in Australia — produced in 1981 by botanists Joan and Alan Cribb — became popular, and horticulturists started to assess more and more native plants for cultivation and commercial use.

By the mid-1980s, several Sydney restaurants began using native Australian ingredients in their recipes, providing the first opportunity for bush foods to be tried on a gourmet level. The late 1980s saw a surge in interest, with the production of bush tucker TV programs and books like Wild Food Plants of Australia by Tim Low and The Bushfood Handbook by Vic Cherikoff.

One of the great advantages of growing native foods is that they are ecologically sound and can be well-adapted to Australia’s climate. Bush tucker ingredients were initially harvested from the wild, but cultivated sources have become increasingly important to provide a sustainable supply for the growing market. Organisations are also working to increase Indigenous participation in the bush tucker market. Nowadays, many restaurants now use native plant spices for flavour. Producers have also sprung up across the country, including plantations of pepper, bush tomatoes, native citrus and quandongs.

Researchers are also becoming more involved. This year, the University of Queensland conducted a study into a fruit native to Arnhem Land known as Buchanania obovata, or the green plum. Consumed for more than 53,000 years but previously unknown among non-Indigenous people, they learnt more about this plant from people in the remote community of Yirrkala. The nutritional analysis showed high levels of dietary fibre, protein, and among the highest folate levels of commercially available fruits. As such, its potential as a commercial crop for Indigenous communities is being investigated.

A bush tucker plants course will introduce you to the unique beauty (and taste!) of Australia’s indigenous flora. Planting them in your garden is also a great way to increase the resilience and diversity of other plants. Here are five culinary companions for you to consider …

Dianella caerulea is a hardy perennial bush perfect for a pot or corner of your garden bed. This is a hardy plant which can handle a range of growing conditions. It produces blue, star-shaped flowers in spring followed by flushes of edible blue berries, which are sweet and delicious. The roots can be pounded and roasted, and the leaves also produce a strong, silky fibre that can be used to make baskets!

Citrus australasica is also known as lime caviar because of the bead-like morsels of citrusy goodness that the fruit produces. It is a thorny, small shrub that is native to the rainforests on the Queensland/New South Wales border. Depending on the variety, the plants yield delicious limes that are coloured from green to pink. Because it is an understorey shrub, it will produce the best harvest if grown in dappled shade in an unexposed spot.

Alpinia caerulea is another understorey rainforest plant and a herb that can grow up to two metres tall. The ginger-scented rhizome can be used in desserts, marmalades, jams and savoury dishes. And although the seeds shouldn’t be eaten, the bright blue berries have a slightly sour, lemony-ginger flavour, which can be dried to make tea. This is a shade-loving perennial that prefers moist soil, and it can be grown in pots, borders or in narrow pool-side garden beds.

Tetragonia tetragonioides is also known as Botany Bay Spinach or New Zealand Spinach and is a hardy groundcover plant that grows in beach and forest areas from Victoria to Queensland. The leaves are edible and should be prepared like silverbeet and blanched before consuming. This plant works well in vertical gardens and pots or as edible mulch beneath your favourite potted citrus tree.

Hibiscus Sabdariffa is an erect and bushy shrub that grows up to 2.5 metres high. In late summer, white to pale yellow funnel-shaped flowers with crimson centres are produced.  The whole plant is edible — from the leaves to the roots and shoots. The red calyxes make great cordials and jams and can be preserved whole in syrup, and the leaves can be cooked like spinach or added to salads. It prefers well-drained soil high in organic matter and will add personality and colour to your garden. 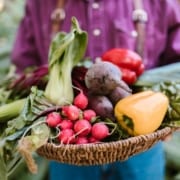 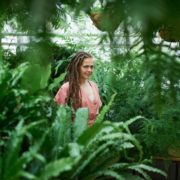 How to Grow Ferns So Your Garden Flourishes! 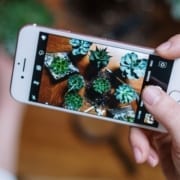 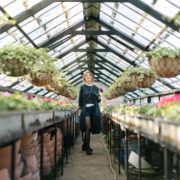 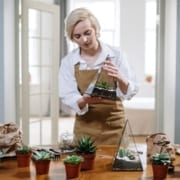