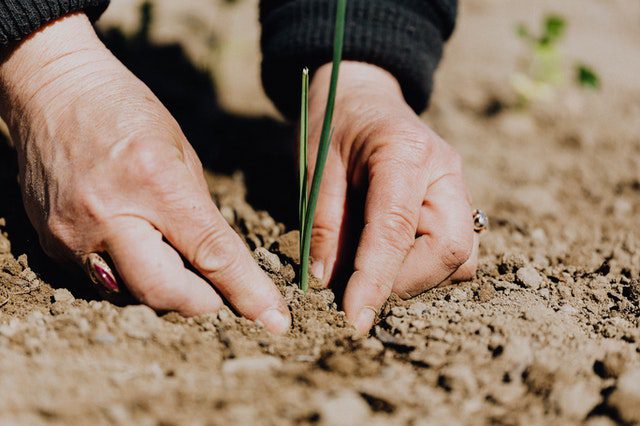 Agronomy primarily relates to the physical and biological factors related to field crop production. This course is ideal for those involved in the agriculture sector — from farmers, farm contractors and farm product agents to agricultural suppliers, agricultural students and professionals like educators, plant breeders and research scientists.

The Certificate of Agronomy will teach you how to grow oil, grain and fibre crops on a broad acre farm, and understand the nature and scope of a range of agronomic practices around the world.

Agronomy courses online will give you insights into how to identify practices and factors that affect crop success and learn how to achieve seed germination for different crops under different conditions in the field.

You will also study the practices used to farm cereals and broadleaf crops for sale as cash crops, understand the different harvesting techniques and equipment used, and use your knowledge to produce a successful crop management plan.

One of the important factors you will learn in agronomy courses online is the Zadoks Growth Scale. This is a development scale of zero to ninety-nine that is recognised internationally for farm practice, and relates particularly to the application of fertilisers and chemicals. Growth scales are a means of quantifying the growth stage of a crop, and are useful when there is a need:

It is based on ten principal cereal growth stages:

Each primary growth stage is then divided into ten secondary stages, extending the scale from 00 to 99.

Agronomic research is an important factor of the industry, and one you will discover when you undertake agronomy courses online. In 2015, the Australian Society of Agronomy awarded Australian Professor Graeme Blair with the C.M. Donald Medal.

The C.M. Donald Medal was instigated in honour of Colin Malcolm Donald (1910-1985), an English agricultural scientist. The award recognises contributions in all areas of agronomy, including field and scientific research.

Professor Blair was considered a worthy recipient due to his lifelong commitment to research leadership, in particular, plant-soil research. Throughout his career, Blair aimed to obtain a deeper understanding of plant nutrition, soil fertility and the relationships between them. He did this by making imaginative use of radioisotopes, particularly in his studies of sulphur and phosphorus.

His career began at the University of Sydney where he majored in agronomy, and under the guidance of Frank Crofts (who was awarded the inaugural Donald medal in 1984), continued this research with PhD studies that focused on the supply-demand relationship of sulfur in fodder oats fertilised with nitrogen.

Following the completion of his PhD, Professor Blair’s international career commenced with a post-doctoral fellowship in the Department of Soil Science at the University of Guelph in Canada. This work used autoradiography to explore the mechanistic aspects of nitrogen and phosphorus nutrition of corn.

Upon returning to Australia in 1970, he commenced his career-long association with the University of New England, with a position as a Research Fellow funded by the Australian Meat Research Committee. Here he conducted a series of large-scale field experiments to assist in developing improved fertiliser management strategies in pastures on the Northern Tablelands of NSW.

Following on from the success of these studies, he was appointed as Senior Lecturer in the Department of Agronomy and Soil Science at UNE where he developed courses in plant nutrition for Rural Science undergraduates. He also commenced teaching and research activities in agrostology, nutrient cycling and animal production in Indonesia.

Whilst here, he developed a sulfur research program which recognised sulfur deficiency as a major limitation to rice production, which led to significant changes in the national fertiliser strategies used in Indonesia.

Graeme continued this work with support from the Australian Centre for International Agricultural Research (ACIAR), including investigations of phosphorus and sulfur cycling and of soil organic matter dynamics in rain-fed cropping systems in Australia, the Pacific Islands, Indonesia, Laos, Malaysia, the Philippines and Thailand.

His work in Australia has been well supported by the Research and Development Corporations and by the industry, particularly the grains, meat, cotton and wool industries. In recognition of these achievements, he and his team were awarded the 1995 University of New England Vice Chancellor’s Team Research Award.

By understanding the transformations between organic and inorganic forms of sulphur in soil, he and his colleagues were able to develop the KCl-40 sulfur soil test, which is used in all major soil testing laboratories in Australia. This led to the rapid adoption of the KCl-40 S soil test by Australian farmers. An economic impact study undertaken by ACIL Consulting in 1998 estimated that the combined sulfur research effort, incorporating the sulfur soil test, led to additional profits to canola growers in NSW of $A2.4m in 1998 alone .

In 2000, the International Fertiliser Association (IFA) recognised his work on sulfur with the prestigious International Crop Nutrition Award for outstanding research contributing to the efficient use of mineral fertilisers.

In 2000 to 2001, Graeme spent a year as a Visiting Fellow at the IAEA where he wrote Guidelines for the Use of Sulfur Isotopes in Soil, Plant and Water Studies. This was followed in 2003 by authoring and editing Plant Nutrition for Food Security -A Guideline for Integrated Nutrient Management for the FAO. Since retiring in 2002, Graeme has continued as an Honorary Fellow and most recently as an Adjunct Professor at the University of New England.

Between 2008 and 2010, Graeme has contributed generously to enhancing research capacity in south-east Asia through periods spent as a volunteer for the Crawford Fund on a mentoring program at the Soils and Plant Nutrition Department of the Cambodian Agricultural Research and Development Institute (CARDI).

This volunteer work continues with recent excursions to Cambodia training the next generation of agricultural students. In 2010, he was appointed as Special Advisor to Shell Canada to help develop a range of sulfur-enhanced fertilisers based on his research. In 2014, he assisted Qinpan Fertilisers to develop a S enhanced triple superphosphate which is now being sold to Australian farmers.

Broaden your understanding of land usage and gain a better understanding of the agricultural challenges faced by clients, customers and colleagues with agronomy courses online such as our Certificate of Agronomy.