Expand Your Agricultural Knowledge With An Agronomy Course! 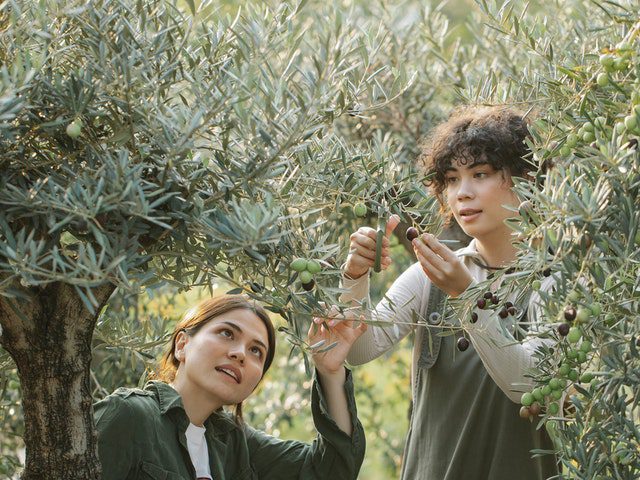 Edible and industrial oils that are extracted from crops are in demand globally with more than 200 million metric tones produced every year. There are also many products grown from oil crops that serve various purposes, from biofuels and cosmetics to food production.

Ideal for farmers, farmworkers, farm suppliers, service providers and agricultural consultants, the Certificate of Agronomy – Oil Crops will give you insights into how edible and industrial oils are extracted from crops.

In this agronomy course, you will learn the fundamentals of how to grow successful oil crops, diversify farm crops, and farm canola, rapeseed and olives for oil production.

You will also learn agronomic farming and the production of edible oils, cosmetic and medicinal oils, industrial and biofuel applications, and how to formulate a plan for developing and managing a plant oil production enterprise.

Outcomes achieved by undertaking an agronomy course include:

When you study an agronomy course that focuses on oil crops, you will begin to understand the scope of the industry across Australia. Australia produces between two and three million tonnes of oilseed crops each year, with cottonseed and canola accounting for over 90 per cent of total oilseed production. Soybeans and sunflower comprise a further three and four per cent respectively. Canola production is now the largest oilseed crop representing well over half of Australian oilseed production over the past five years, while cottonseed comprises around a third.

In terms of exporting, while Australia is a relatively small producer of oilseeds by international standards, it is widely recognised for its high-quality exports. Currently, the US, Japan and China are the major cottonseed destinations, while China, the EU, the UAE and Pakistan are important markets for Australian canola.

Australian canola is sought after globally for its use as a food-grade oil, for biofuel production and as a stock feed. Australian canola production is on the rise, averaging more than three million metric tonnes annually, making up fifteen to twenty per cent of the world’s export trade.

Canola is well known for producing one of the world’s healthiest vegetable oils and its importance as an environmentally-friendly biofuel is growing. Australian canola is typically grown using sustainable farming systems and can be certified as meeting sustainability criteria for market access to Europe for use in biofuel.

Canola is grown in the higher rainfall regions of Australia’s grain belt. The growing area extends from south-west Western Australia to south-eastern Australia, and into northern New South Wales.

Nutritionists have recognised the health benefits of omega-3 fatty acids for many years and Omega-3 oils are polyunsaturated fatty acids that are considered “healthy oils”.

Docosa-hexaenoic acid (DHA) is a long-chain omega-3 oil and a key structural component of cellular membranes in the human body. It is vital for early childhood growth and, in particular, eye and brain development. It can also reduce blood pressure and the risk of coronary heart disease as well as stroke, type 2 diabetes, Alzheimer’s disease, asthma and inflammatory disease.

DHA and other long-chain omega-3 fatty acids are made by lower plant forms, including marine plants like microalgae. Some land-based plants, like flaxseed, can produce short-chain omega-3 oils, but are unable to produce the more beneficial long chain omega-3 oils containing DHA.

The awareness of their health benefits and inclusion in diets – either as supplements or used to fortify processed foods – has grown exponentially over the last decade.

Fish, the world’s primary source of dietary omega-3 oils, do not create their own DHA, they acquire DHA when they eat microalgae. Fish accumulate high levels of DHA, which in turn can be consumed by humans as a source of DHA. As demand for omega-3 oils continues to grow faster than can be sustainably supplied from wild fish stocks, the race is on to find potential new sources which can satisfy burgeoning consumer demand.

The production of plants containing industrially-relevant amounts of these marine-type oils has been a long-standing goal of bioengineers. Using gene technology, scientists have transferred the ability to produce long chain omega-3 oils from lower plants (the marine microalgae that fish consume) into canola, the world’s second-largest and Australia’s largest oilseed crop.

This involved introducing a set of eight transgenes that extended canola’s short-chain omega-3 synthesis pathway all the way to marine-type EPA and DHA fatty acids. It is the most complex piece of metabolic engineering so far achieved in plants. The oil profile in the new canola type has excellent DHA levels and a desirably high omega-3 to omega-6 ratio.

By being able to produce long-chain omega-3 oils in canola scientists are developing a nutrient that is important for human health in a sustainable plant resource. They have also shown that it’s possible to produce canola oils containing the same long chain omega-3 oils found in fish oil and at levels that are commercially viable.

In 2011, the CSIRO joined forces with the Australian Grains Research and Development Corporation (GRDC) and Nuseed to further develop long-chain omega-3 canola for commercialisation.

The Grains Research and Development Corporation (GRDC) provided financial support to assist in the development of the technology to make the production of the special canola possible and Nuseed is managing global commercialisation.

Ultimately, this research will provide growers and those who study an agronomy course focusing on oil crops with an exciting new variety of domestic and international markets.

Source: 2021, Our reliance on fish stocks for omega-3, CSIRO

Gain a foundational understanding of how to farm oil crops with an agronomy course like our Certificate of Agronomy – Oil Crops.

Go With The Flow With An Irrigation Course
Scroll to top