Study Our Ecology Course – Be an Eco-Warrior! 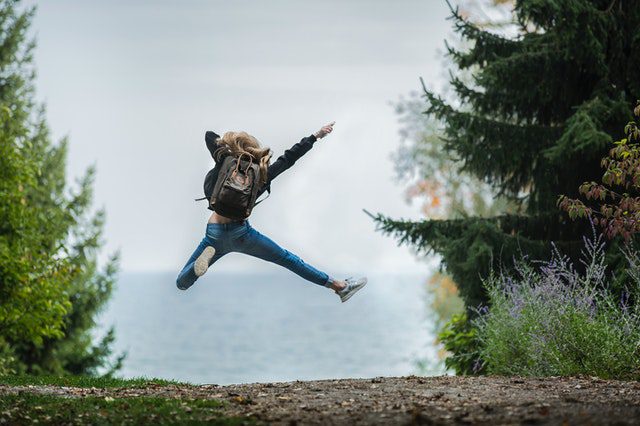 Ecology plays a vital role in conservation, natural resource management and the human, climatological and urban interactions in today’s changing world. This course is ideal for those who work in or are keen to work in the horticulture, conservation, agriculture or wildlife and environmental management sectors or those involved in the research or education areas of this science.

The Certificate of Ecology will teach you about how animals and plants are affected by their environment and each other, and the impacts they have on the environments they inhabit. When you undertake the study of ecology via an ecology course, you will explore the components of ecosystems and how they interact, and the Theory of Evolution, including the elements of science that influence the theory.

You will also study the ecological features of rivers, mountains, deserts, coral seas and shallow water regions, and the ecological implications of human activities on the environment.

Outcomes achieved by undertaking the study of ecology via an ecology course include:

Did you know that around 85 per cent of the world’s flowering plants, 84 per cent of mammals and more than 45 per cent of birds are endemic to (only found) in Australia? Which is why it is so vital we protect them, and the study of ecology will give you valuable insights into how this might be achieved.

Over the 200 years since European settlement, extensive cleaning of native vegetation has changed, fragmented or removed habitats. Natural events like drought, flood and fire also continue to change Australia’s ecology.

Many species are considered to be threatened and are listed under Australian Government legislation as “vulnerable” or “endangered”. And more than 1100 species of native plants and over 300 species of native animals are at risk of disappearing forever.

What are Threatened Ecological Communities?

Australian Government legislation allows for the listing of ecological communities, in particular, as “threatened”. An ecological community is an integrated assembly of native species that inhabits a particular area in nature. These species interact and depend on each other — for example, for shelter or food.

This is the first step to promoting their recovery under Australian Government law, supported by the preparation of threat abatement and recovery plans.

Some examples of endangered ecological communities are the Brigalow Belt in south-eastern Queensland, the critically endangered swamps of the Fleurieu Peninsula in South Australia, and the natural temperate grasslands of the Southern Tablelands of New South Wales and the ACT.

Why is it Important to Preserve Them?

Australia’s natural areas have environmental values that we have an obligation to conserve and restore for future generations. They have special cultural and aesthetic values as being integral parts of the traditional culture of Australia’s indigenous peoples. Conversation of biological diversity is also vital as it not only helps to provide clean water and air, but major economics benefits.

These include providing ecotourism opportunities, serving as a source of medicines, maintaining agricultural productivity, and supplying renewable resources such as clothing, paper and construction materials.

How are Species Threatened?

Plants and animals interact in complex relationships with each other and with factors such as water, soils, landscape and climate. A variety of threatening processes contribute individually and in combination cause major changes to ecological communities and the decline of native species. They include:

After natural events like storms, fires and floods, most habitats recover slowly by regeneration and by species spreading from nearby areas. However, the scale of disturbances caused by human activities may be too great to allow habitats to recover, and, unfortunately, some ecological communities and species continue to decline. The clearing of native vegetation, in particular, fragments habitats and populations of animals and plants. Conservation reserves, isolated from each other by large areas of cleared or disturbed land often can’t ensure the long-term survival of ecological communities and species, and may need to be linked by native vegetation “corridors” so that animals can move between them.

Marine habitats are also affected by runoff from industrial, agricultural and urban areas. This run-off can contain pesticides, herbicides, industrial effluent, sewerage and other toxic sediments. Freshwater habitats are also sensitive to water temperature and flow, which can result from dredging, drainage, bank modifications, roads, irrigation and flood mitigation.

Many plant and animal species have been introduced to Australia for sport, as pets or for agriculture and some have been introduced inadvertently. Some of these can have a significant impact. For example, animals like livestock that has been established in the wild (like goats, rabbits, buffalo, cattle, donkeys, pigs, camels and horses) can degrade natural habits by selective or intensive grazing. Animals with hard hoofs can prevent vegetation regeneration and compact the soil, leading to erosion.

Many introduced animals compete with native animals for shelter, food and breeding sites. These include feral cats and foxes that prey on ground-dwelling mammals and birds. Marine organisms such as molluscs, fish, crustaceans, seafood and worms can be transported into new areas in the ballast water of ships.

The invasion of environmental weeds can also change the dynamics and natural diversity of ecological communities and threaten the survival of many animals and plants. These weeds can invade rapidly and compete with native plants for nutrients, space and sunlight. They can also provide shelter and food for feral animals.

Threatened ecological communities are recognised under the “vulnerable”, “endangered” and “critically endangered” categories.

The first covers all species, ecosystems and genetic resources, and requires countries to develop and implement strategies for the sustainable use and protection of biodiversity. The second regulates the trade in endangered species.

Gain a better understanding of the life processes of plants and animals and how they relate to and impact natural environments with the study of ecology via an ecology course such as our Certificate of Ecology.