Grow Your Inspiration With a Garden History Course 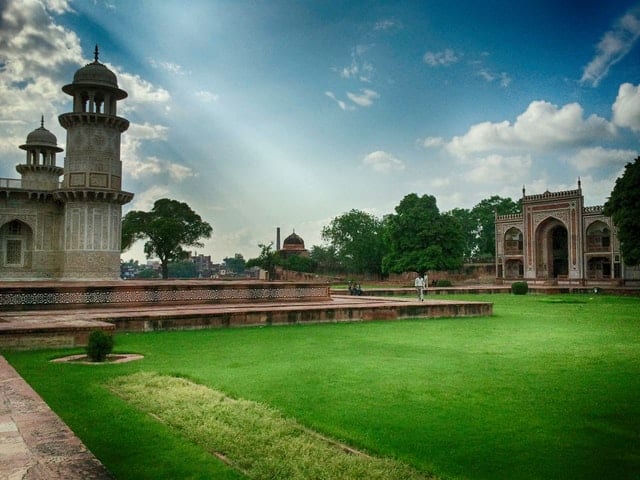 Studying garden history not only gives us insights into different garden styles and how to design a garden, but also their connection with society, culture and the evolution of civilisations.

Our Certificate of Garden History is a professional development course that is ideal anyone who wants to broaden their garden design perspective, from garden designers, landscapers and horticulturalists to hobby gardeners, ground staff at parks and those who work in councils or heritage trust sites.

In this garden history course you will learn about garden evolution, the globilisation of gardens, and the significant influences on design and landscaping. You will also study public and private gardens, the nature of modern garden conservation, and the crucial role of organisations in conserving heritage parks, gardens and anywhere flora is a primary focus. Gain inspiration and vastly expand the scope of possibilities for yourself as a modern garden designer!

Outcomes achieved by undertaking a garden history course include:

When studying a garden history course, you’ll gain some fascinating insights into some of the great gardens and gardeners of the world. But what are some of the trends and designers who have helped shaped Australian gardens? Some of the most influential periods include:

The Pre-settlement and “Picturesque” Era

Early explorers often described Australian landscapes as being “park-like” and assumed this was their natural state.  However, this comparison is often deemed ironic given that English designers were hired in the 1700s to create landscapes in a “picturesque” style that encompassed vistas, waterways and rolling green lawns, and Australian’s First Nations people used fire to manage their landscapes — they burnt out scrubby growth and created grassy areas that were suited to hunting!

Concerned people might confuse “picturesque” gardens with natural settings,  Scottish botanist John Claudius Loudon introduced a garden design theory known as “gardenesque” in 1832. This used exotic plants to highlight man-made elements. In Australia, many of our botanic gardens, including many Melbourne became famous for, encapsulate this style and were built with the gold-rush money of this era. Popular features included rock grottoes, ferneries and conservatories.

The Victorian era was often deemed a reflection of man’s dominance on the natural world. However, in the early 1900s, the Arts and Craft era was introduced with an ethos of working with nature. Its key influences were the British Arts and Crafts Movement and an Englishwoman named Gertrude Jekyll, who is credited with inventing perennial borders. It also includes Australian Edna Walling, who designed Melbourne’s Bickleigh Vale garden estate.

Around this time, Marion and Walter Burley Griffin were building another garden-led suburb in Sydney’s Castlecrag with similar Arts and Crafts influences. These were sympathetic to the environment and incorporated only native plants, which echoed the global Garden City movement that began in the UK.

In the mid-30s, Walling hired landscape architect Ellis Stones to build a stone wall for a property she was working on in Heidelberg. Stones was a conservationist, inspired by the bush and sought to bring nature to the cities with his use of native plants. This led to an enduring partnership, and the style was reinforced by others, including Alistair Knox, who is considered to be the pioneer of modern mud brick buildings.

In the 1940s, the Modernist style was introduced to Australia, and was particularly evident in the work of Robin Boyd and Harry Seidler. This style included buildings with rectangular shapes, flat roofs and lots of large windows to enhance views. Garden designers during this period included Grace Fraser, whose work includes the native gardens at the Monash University campus and at Melbourne’s Royal Park.

The 1980s saw the revival of many formal gardens and a host of features including box hedges, white roses, lavender and mondo grass. A firm believer in this style was Paul Bangay, whose interpretation of Renaissance formality softened to include perennials and clipped hedges.

From the 1990s, Post-Modern design has emerged as a landscaping preference. In this style, landscapes and art blur, and features and plants are used to form a “painting”. It can be seen in Andrew Laidlaw’s designs for the renovation of Guilfoyle’s volcano at the Royal Botanic Gardens, Melbourne. The style was also adopted by Phillip Johnson in his Chelsea Flower Show-winning display garden that featured native plants, huge rocks, a billabong fed by rainwater, and a waratah-inspired metal sculpture that also housed an art studio.

As you’ll discover in our garden history course, native vegetation is crucial for the health of environments. It controls erosion, reduces land degredation and supports the biodiversity and the agricultural productivity that is central to our cultural identity. Here are thirteen of Australia’s top plant conservation organisations.

Gain an insightful understanding into the historical evolvement and globilisation of gardens and the crucial role of garden conservation with a garden history course, such as our Certificate of Garden History.