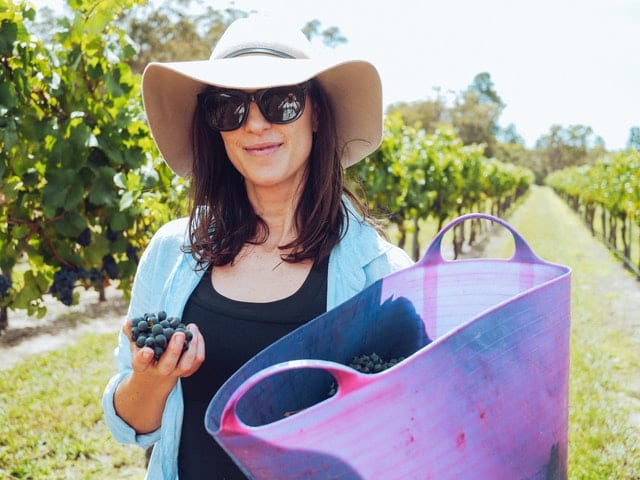 The wine industry is a significant contributor to the Australian economy through production, employment, tourism and export. In Australia, there is a $3.5 billion domestic market for Australian wines, with Australians consuming over 500 million litres annually!

Our Certicate of Viticulture – Vineyard and Grape Production is ideal for wine growers, vineyard managers and workers, hobby farmer growers, amateur wine makers or anyone working or aspiring to work in the industry.

This online professional development course explores the nature and scope of the viticulture industry, grape varieties, grapevine culture, vineyard establishment, selling, harvesting and winemaking. In viticulture courses like this, you will learn how to choose an appropriate site for a vineyard, including considering soil quality and the appropriate grape varieties for different situations. You will also learn the basic principles of winemaking, including the harvesting and post-harvesting treatment of grapes, and how to successfully market vineyard products.

Australia has over 160 grape varieties spread over 140,000 hectares across six states. Wine making is concentrated largely in the southern part of the content where the local climate, soil types and availability of irrigation (among other things) is suited to viticulture. As you’ll discover in viticulture courses like ours, the most-widely planted and popular drinking varieties are:

According to the Vintage Report 2020 released by Wine Australia, the largest “crush” of wine produced was Shiraz (over 376,000 tonnes which accounts for 25 per cent of the total crush), and the second largest was Chardonnay (over 285,000 tonnes).

While the varieties above are the backbone of the Australian wine industry, growers have also discovered less well-know varieties from Italy, Spain and Portugal, which suit Australia’s dry, hot conditions. Other varieties are increasing in demand in the industry, including being used for the blending process. These include:

As you’ll learn in viticulture courses like our Certificate of Viticulture – Vineyard and Grape Production, Australia has no native grapes, but regardless, the art of winemaking has a long and fascinating history.

Some of the first vine cuttings were bought to New South Wales from the Cape of Good Hope by Governor Phillip on the First Fleet in around 1788. Early attempts at making wine from these first vines failed, however settlers persevered and Australian wine was made available for sale domestically by the 1820s.

In 1822, explorer Gregory Blaxland became the first person to export Australian wine, and was the first winemaker to win an overseas award. The red wine he sent to London was awarded a silver medal by the Society for the Encouragement of Arts, Manufacturers and Commerce.

In 1830, vineyards were established in the Hunter Valley, and in 1833, viticulturist James Busby (widely known as the “Father of Australian Wine”), returned from Spain and France with a selection of grape varieties. These included classic French grapes and others suitable for fortified wine production.

Wine from the Adelaide Hills was sent to Queen Victoria in 1844, but there is no evidence that she placed an order as a result! The quality and production of Australian wine was improved by the arrival of free settlers from various parts of Europe. They used their knowledge and skills to establish some of Australia’s premier wine regions. This included winemakers from Switzerland who helped establish Victoria’s wine region in Geelong in around 1842, and those from Prussia who established South Australia’s Barossa Valley in the mid-1850s.

Early Australian winemakers faced many challenges, particularly because they were unfamiliar with the Australian climate. But because it is dry, warm and similar to Mediterranean weather, it is ideal for wine production and they eventually achieved considerable success.

At the 1873 Vienna World’s Fair, French judges blind tasted wines produced in Victoria. But they withdrew in protest when the wine was revealed on the grounds that wines of that quality must clearly be French! However, Australian wines continued to win high honours in competitions, including a Victorian Shiraz that was submitted in the 1878 Paris Exhibition that was likened to a Château Margaux and “its taste completed its trinity of perfection.”

Australia has rapidly become a world leader in both the quality and quantity of wines it produces. For example, Australian wine exports to the US rose from over 578,000 cases in 1990 to over 20,000,000 cases in 2004.  In 2000, it exported more wine to the UK than France for the first time in history.

However, the industry has also suffered from its own productivity. In the late 1980s, governments sponsored growers to pull out their vines to overcome a glut of winegrapes. Low grape prices in 2005 and 2006 led to further calls for another sponsored vine pull. Cleanskin wines were introduced into Australia during the 1960s as a means to combat oversupply and poor sales.

In recent years, organic and biodynamic wines have been increasing in popularity. In 2004, Australia hosted the First International Biodynamic Wine Forum in Victoria. This brought together biodynamic wine producers from around the globe. And despite the overproduction of grapes, many growers have enjoyed continuing demand thanks to the premium prices winemakers can charge for these products, particularly in the European market.

If you are familiar with wine, no doubt you will know that Australia’s most famous is Penfolds Grange. The great 1955 vintage was submitted to competitions from 1962, and over the years has won more than 50 gold medals.

The 1971 vintage won first prize in the Syrah/Shiraz category at the Wine Olympics in Paris. The 1990 vintage was named “Red Wine of the Year” by Wine Spectator magazine in 1995. It later rated the 1998 vintage ninety-nine points out of a possible one hundred. Influential wine critic, Robert Parker, who is known for his love of Bordeaux wines, has commented that Penfolds Grange “has replaced Bordeaux’s Pétrus as the world’s most exotic and concentrated wine”. 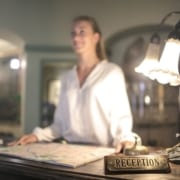 Fast-track Your Career with Hospitality Short Courses.
Subscribe to Newsletter