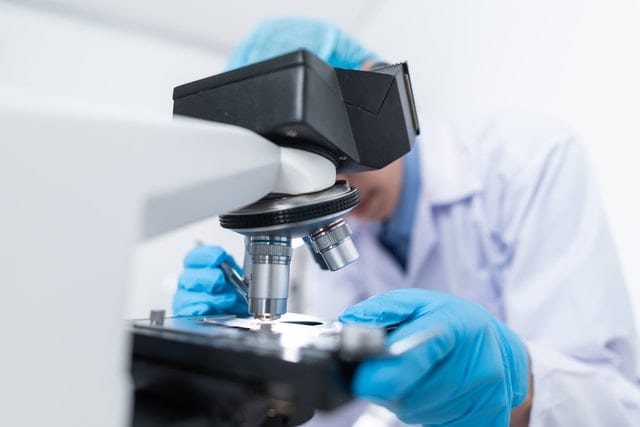 Cells are the basic unit of life and all living things are made up of cells – plants, animals and of course humans! Understanding cell biology is critical for anyone keen to work with living things — from home gardeners to health professionals. The course also offers a solid foundation to enhance your knowledge base for a career in biology, biochemistry, animal studies or health sciences.

The Certificate of Cell Biology is a professional development course that will introduce you to both plant and animal cells, their structure, and how they function. Online biology courses that focus on cells will give you insights into DNA, genes and chromosomes, and the composition, membranes and protein structure of cells.

You will also learn about how cells communicate, cell division, the intracellular compartments of cells and the cell cycle and tissue formation.

The word “cell” is derived from the Latin word “cella” which means “small room”. Each cell is a self-contained and partially self-sufficient compartment designed to carry out a limited series of functions. And as you’ll learn in online biology courses such as our Certificate of Cell Biology, while the structure and function of cells is extremely variable, their basic structure is similar. Here are some fascinating facts about cells.

How Long Do Cells Survive?

Cells die just like all living things, and an adult male loses around 96 million cells per minute! Fortunately, in that same minute around the same amount have divided, replacing those that have died. Just as you shed dead skin cells, the dead cells from your internal organs pass through and out of your body with waste products. However, the length of a cell’s life can vary. For example, white blood cells live for around 13 days, the top layer of your skin’s cells about 30 days, red blood cells for around 120 days and your liver cells about 18 months.

When you study online biology courses, in particular those focusing on cells, you will gain insights into the history of cell biology. Cell theory states that all organisms are composed of cells, which are similar units of “organisation”.

The first bacteria and protozoans were observed by Antonie van Leeuwenhoek between 1632 and 1723 and the first division of cells by Hugo von Mohl in 1835. However, the concept of cell theory was formally articulated in 1839 by Matthias Jakob Schleiden and Theodor Schwann, and it has remained the foundation of modern biology. The idea predates other great theories of biology including Darwin’s Theory of Evolution in 1859, Mendel’s Laws of Inheritance in 1865, and the establishment of comparative biochemistry, including the work of Ernest Baldwin in the late 1930s.

The First Discovery of Cells

The invention of the microscope allowed scientists to gain further insights into what living forms were composed of. The word “cell” was first coined by English scientist Robert Hooke in 1665, in a book he called Micrographia. However, what he saw was actually the dead cell walls of plant cells in cork, and it gave no indication of the nucleus and other organelles found in most living cells.

The first person to witness a live cell under a microscope was Anton van Leeuwenhoek, who in 1674, described the algae, Spirogyra.

In 1838, Schwann and Schleiden were enjoying an over-coffee conversation on their studies on cells. Schwann was struck by the similarity of the plant cells with nuclei that Schleiden was studying to the cells he had observed in animal tissues. So both proceeded to Schwann’s lab to look at his slides! Schwann’s book on plant and animal cells (Mikroskopische) was published the following year, and his observations were that:

We now know that although his first two observations were correct, the third was not. The correct interpretation of cell formation by division was formally enunciated by physician Rudolph Virchow in the late 19th century when he stated that “all cells only arise from pre-existing cells”.

With the rapid growth of molecular biology in the mid 20th century, cell biology research reached dizzying heights in the 1950s. It now became possible to grow, maintain and manipulate cells outside of living organisms. In 1951, cell biologist George Otto Gey cultured the first continuous cell line, which was derived from cervical cancer cells taken from a patient named Henrietta Lacks. They were eventually referred to as HeLa cells, and they signified a breakthrough in the study of cell biology in terms of the structure of DNA.

In the following decade, the study of cells was aided by advances in electron microscopy and transfection methods (among others). Today, the function and structure of cells continue in a branch of biology called cytology, and cytology microscopes have allowed this field to progress, particularly in clinical settings.

Gain a solid introduction to cell biology to enhance your career and understand your body in a whole new light with online biology courses such as our Certificate of Cell Biology.