Looking for a Future Career? Study Introduction to Robotics! 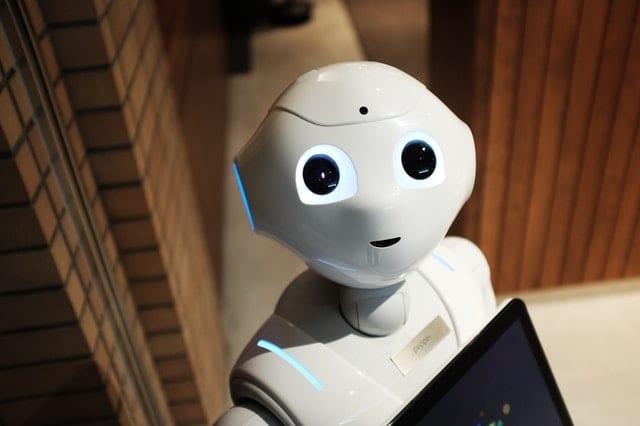 An introduction to robotics is a forward-thinking study path. After all, robotics will be critical to most careers in the future, making understanding this subject critical to employability and productivity!

Our Certificate of Introductory Robotics is a professional development program that will develop your understanding of robots.

In this introduction to robotics courses, you’ll learn how robots work, types of robots, sensors, and processers, and about kinematics and cybernetics.

You’ll also learn about maintenance, from preventative measures to breakdown planning, and about the many applications of industrial and service robots.

So, if you’re looking for future-proof your career, look no further than an introduction to robotics! Upon completing this course, you’ll understand robotics, future applications of robots and the many possible uses for robots of the future.

Outcomes achieved by undertaking an introduction to robotics include:

Who Coined the Term Robotics?

In our introduction to robotics course, you’ll learn about the history of robotics.  Interestingly, the term robotics was coined by a Russian-born American science fiction writer named Isaac Asimov.

Asimov was a prolific writer, penning more than 500 books, and was also a biochemistry professor at Boston University.

The word robotics was first used in his short story ‘Liar!’ which was published in 1941. His depiction of robots was optimistic, characterising them as helpful servants that made life easier for society.

Asimov also came up with the ‘Three Laws of Robotics’:

What Was the First Robot?

Joseph Frederick Engelberger was an American physicist, engineer, and entrepreneur. He licenced the original patent awarded to inventor George Devol, and developed the first industrial robot called the Unimate in the 1950s.

Engelberger was an entrepreneur and vocal advocate of robotic technology in various fields, from service industries to health care, and space exploration. He is often referred to as “the father of robotics” for his contributions to the field.

The Unimate was an industrial robot which worked on a General Motors assembly line in 1961. The machine was responsible for transporting die castings from an assembly line and welding these parts onto auto-bodies. This task was dangerous for people, as there was a risk of poisoning by toxic fumes or even limb loss!

In 2003, the Ultimate was inducted into the Robot Hall of Fame!

5 Ways Robotics Will Change Our Future

There’s no doubt that robots have and will continue to improve human beings’ lives, from health care to transportation, education, and beyond – the future is exciting!

Advances in artificial intelligence and surveillance systems mean that detecting and responding to crime will get faster. In fact, automatic recognition of suspicious activity is a reality for many camera-based security systems!

Computer-based learning is changing the education space for the better, but not by replacing teachers! Instead, robots boost the ability to deliver personalised learning programs!

Pepper and NAO, humanoid robots, are already establishing bonds with students from all over the world. They are the perfect assistants for educators by facilitating content creation and customised teaching activities.  These robots help students develop problem-solving and analytical skills and have natural interaction, such as moving, listening, speaking, and connecting!

Perhaps one of the most exciting developments in robotics is the self-driving car. At the moment self-driving cars still require some human intervention, but we’re getting closer to the day they’ll drive themselves!

As companies continue to invest in this exciting technology, we’ll live to see a    revolution in driving and public transport in the next decade!

We can already have our house vacuumed while we’re at work by a robot and have a home-cooked meal ready when we arrive home! Home-based robotic technology will only get more advanced, with robots taking over more of the monotonous chores we loathe! Can’t wait!

There are many careers that will be impacted by robots – for better or worse – but these careers will be behind this new robotic revolution!

Engineers develop robots on paper, and their creation can take time due to research, high-technicality and sophistication of the machine. So, if patience isn’t a virtue, this may not be the career for you!

A software developer writes the systematic code to ensure robots perform tasks safely and precisely. Computer coding and software design are the skills are critical.

A robotic technician repairs and maintains robots and also builds parts for robots. An electromechanical technician is part of the design process and works closely with an engineer.

Automation in the form of robotics will impact all kinds of work, which means we’re looking at a more comfortable future – aren’t you eager to be part of it? Study an introduction to robotics in the Certificate of Introductory Robotics!

Learn How to Write Right With Our Business Writing Course!

Learn How to Create Amazing Vertical Gardens!
Scroll to top