Rewrite Your Career With Our Online Editing Courses 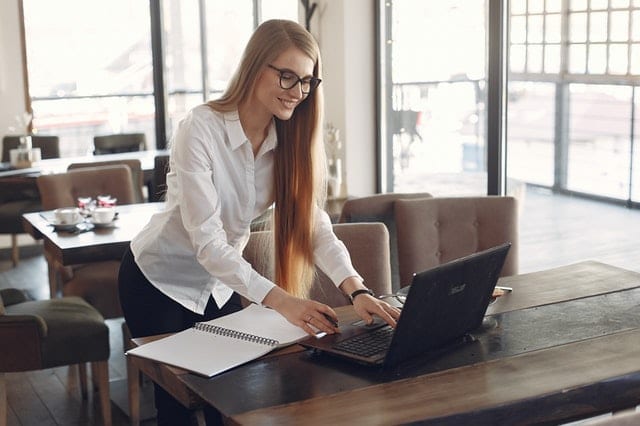 Already made your mark editing content for the media or publishing sectors? Then it’s time to word-up your expertise! Our Certificate of Editing for Specialists and Professionals will heighten your expertise in language concepts and advanced editing techniques.

You will learn how to work with style, tone, voice, indexing, style guides and referencing to professionally edit content for a variety of media. You will also study legislation, editorial ethics and intellectual property, fine-tune your project and team management skills, and learn how to develop editor/client relationships.

5 Famous Authors and Their Unfinished Manuscripts

A number of famous authors over the years have had unfinished works hidden away — and some even requested they be destroyed after their deaths. But if you’ve completed online editing courses, would you be tempted to publish it anyway – even if it’s not what the author intended? Here are five scenarios worth thinking about …

Before Chaucer died in 1400, he had worked on his novel, The Canterbury Tales, for 25 years. Although it already contained more than 20 tales — of pilgrims conducting a storytelling contest while on their way to Canterbury Cathedral — he originally planned the work to contain over 100. His death prevented him from providing a much-needed conclusion, in that readers never find out who won the storytelling contest. A variety of versions were subsequently produced, however many of them are inconclusive and not in the same order as he had planned.

Dickens died in 1870 with only six of his planned dozen instalments of this novel completed. Unfortunately, this meant the identity of the story’s murderer was never revealed. To further the intrigue, three months before his death he sent a letter to Queen Victoria offering to tell her “a little more of it in advance of her subjects”. However, she declined his offer, and now we will never know what might have eventuated if the conversation had taken place.

At his death in 1910, Twain left behind three unfinished manuscripts of three different but related stories. All involved Satan, Satan’s nephew, or “No. 44.” In 1916, his biographer Albert Bigelow Paine released a book called The Mysterious Stranger, which was based on one of Twain’s stories but with the ending from another. It wasn’t known until the 1960s the extent to which the work was more Paine’s than Twain’s (it was Paine’s). Hence, editors published a second version that was closer to Twain’s original content, which is now considered his last great work.

#4. Ernest Hemingway – The Garden of Eden

Ernest Hemingway began this novel in 1946 and worked on it for more than 15 years until his death in 1961, but it was left unfinished. In 1986 it was finally published, albeit after a controversial editing process. It was edited by at least two thirds and the entire subplot deleted. Some experts have argued that Hemingway was in fact focused on a new style and content direction with the work, which the editing process unfortunately compressed and sacrificed.

Truman Capote frequently claimed to be working on this novel during the last years of his life, however, despite extended deadlines (and a generous advance) it was never completed. Four chapters were published in 1975 and 1976, with disastrous results. The book was an account of the lifestyles of the rich and famous and many were Capote’s friends — who subsequently abandoned him. This sent him into a depressive spiral of alcohol and drugs, from which some say he never recovered. In 1987 (three years after his death), Answered Prayers: The Unfinished Novel was published and critics weren’t kind, commenting, “It was never finished because it wasn’t going anywhere”.

Editors typically work at in-house publication units or commercial publishers within organisations and government departments. They may also work for companies that produce publications such as magazines or newspapers. If you have successfully completed one or more online editing courses, here are future career roles worth considering.

These are the editors who are ultimately responsible for the final product a company produces. They set the policies, tone and editorial direction for the publication, and ensure every issue is consistent with these elements. They also often manage in-house and freelance editors across several departments. In publishing, this type of editor has the freedom and kudos to work on whatever interests them.

In publishing, this role involves searching for new manuscripts and/or writers and deciding whether pitches and submissions are approved. However, Acquisitions or Commissioning Editors don’t generally make the final decision on what is published. In bigger organisations, there are usually multiple Acquisitions Editors. In the context of magazines and newspapers, this role is usually referred to as an Associate or Section Editor.

Copyeditors are primarily concerned with the nitty-gritty of content — punctuation, spelling, grammar and word choice. In the publishing world, they may also approve the visual appearance of a publication. Today, most copy editors work in a freelance capacity and are hired on a project-by-project basis.

In publishing, Developmental Editors study the market, suggest book concepts and then assign those ideas to writers. Substantive Editors focus on structure and consistency and often make large changes to a manuscript if it doesn’t make sense. When editing fiction, they will focus on theme, character and plot flow. With non-fiction, their focus will be on tone, accuracy and the strength of the message.

Editors don’t necessarily do all of the proofreading of text. Proofreaders are the fine-tooth-combing experts who look for potential errors that others have missed. They are the end of the line in terms of editing!

Love the written word? Word-up your editing skills while leveraging your project and team management skills with online editing courses, including our Certificate of Editing for Specialists and Professionals.

Curious About Cacti? Learn the Basics With Our Growing Succulents Course
Scroll to top