Understand the Mind With Our Criminal Psychology Course 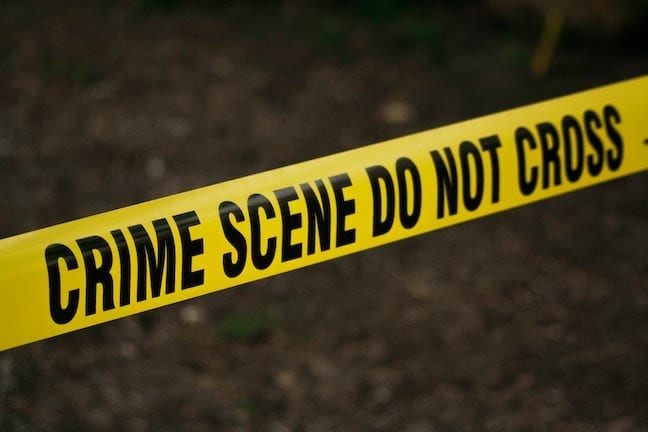 The origins of criminal behaviour can be explained by a variety of different theories. Understanding them can give you valuable insights into the thoughts and behaviours of those who cross the boundaries of what is acceptable in society today. Ideal for youth workers, counsellors, welfare officers, support workers, psychologists and those in the security, legal and crime prevention professions, our Certificate of Criminal Psychology will develop your understanding of how psychology is used in crime prevention and law enforcement.

You will learn about the scope and nature of psychopathology, and how learning disabilities and mental disorders are connected to the crime. You will also study how psychology can affect interactions with the police and in the courtroom, and take an in-depth look at how gender and age are associated with crime.

Outcomes achieved by undertaking a criminal psychology course include:

Serial killers can often be difficult to track due to their high intelligence and disconnection to legal boundaries and law enforcement. Also known as behavioural analysis, the criminal profiling aspect of psychology offers those in law enforcement practical tools they can use to apprehend serial criminals. Formalised in the mid-1970s, criminal profiling involves creating a person’s profile, which is then used to connect seemingly unconnected incidents they may have been involved in. It’s a fascinating process you’ll understand well after completing our criminal psychology course!

Also known as the Mad Bomber of New York, Metesky was an American mechanic and electrician who terrorised the city for 16 years during the 1940s and 50s. Resentful and angry about a workplace injury he suffered years earlier, he planted over 30 explosives around the city. These were placed in storage lockers, phone booths, toilets and even cinemas. At least 22 of these exploded, injuring 15 people.

Frustrated by their lack of success in apprehending the culprit, police consulted the Assistant Commissioner of Mental Hygiene for New York State, James Brussel. Brussel built a psychological profile after reviewing crime scene photos and letters Metesky wrote to a newspaper. He was finally apprehended, found to be legally insane and committed to a state mental hospital in 1957.

However, in 1973, the US Supreme Court ruled that a mentally ill defendant could not be committed to a hospital operated by the Department of Correctional Services unless a jury finds him dangerous. Because he was committed without a jury trial, he was transferred to a hospital outside the correctional system. Doctors determined that he was harmless, and because he had already served two-thirds of the 25-year maximum sentence, he was released in December of that year. He returned to his home in Connecticut and died 20 years later at the ripe old age of 90.

Born in 1946, Bundy’s killing spree spanned hundreds of miles across America during the 1970s. Charismatic and handsome, he would typically approach his victims in public places and impersonate an authority figure or feign disability or an injury before knocking them unconscious. He also broke into dwellings at night and bludgeoned his victims to death as they slept, and decapitated at least twelve victims and kept their severed heads as mementos. He was jailed in 1975 for aggravated kidnapping and attempted criminal assault before engineering two dramatic escapes and committing further assaults, including three murders.

In 1978, two FBI specialists created a profile which assessed his psychological makeup, known movements, victim selection and killing patterns and placed him on the Top 10 Most Wanted list. They posted information and canvassed the public and he was recaptured in February of that year. He received three death sentences for the Florida homicides and before his execution in the electric chair in 1989, confessed to 30 homicides. The true number of his victims is unknown and possibly higher.

Following an abusive childhood, Franklin gravitated to the control and dominance that white supremacy offered, and his murder spree spanned the late 1970s and early 80s. His first violent attack was in 1976, and his crimes escalated in severity over the next several years. Robbing banks across the country to support himself, the FBI’s clever criminal profiling led to his capture in 1980.

He was eventually convicted of several murders and received two death sentences as well as six life sentences. He also later confessed to the attempted murders of civil rights activist Vernon Jordan and magazine publisher Larry Flynt. Both survived their injuries, however, Flynt was left permanently paralysed from the waist down.

After spending 15 years on death row awaiting execution for the 1977 shooting murder of Gerald Gordon, he was executed by lethal injection in November 2013. Because he repeatedly changed his accounts of some of his crimes, and in some cases was not charged, to this day, nobody is really sure of the full extent of Franklin’s crimes.

Spanning 22 months from 1979, a series of apparently connected murders occurred in Atlanta in the US. Behavioural analysis indicated they all fitted a certain profile — they were all young, African-American men taken in public areas during daylight. Williams first became a suspect in 1981 after a police surveillance team suspected something had been thrown from a bridge into the Chattahoochee River, a site where several victims’ bodies had previously been discovered. The first car to exit the bridge belonged to Williams, and when questioned, he gave an alibi that later turned out to be false which raised suspicion.

Two days later, the body of Nathaniel Cater was discovered and the medical examiner ruled he had died of suffocation. Police speculated that it was Williams who had murdered him and thrown him into the river. He consequently failed three polygraph tests, and fibres and hair retrieved from the body of another victim, Jimmy Ray Payne, were found to be consistent with Williams’ car, home and dog. Co-workers also told police they had seen Williams with scratches on his arms and face which police believed could have been inflicted by his victims during a struggle.

He was arrested in 1981, and in February 1982, a jury found him guilty of the murders of Cater and Payne and he was sentenced to life imprisonment. Over the years Williams requested retrials — in the late 1990s and in early 2004 — however both were denied, and he continues to serve out his sentence in Telfair State Prison. Police believe that Williams is also responsible for at least 23 of the 30 Atlanta Child Murders that occurred between 1979 and 1981, however, he has never been tried, and most of the cases have now been closed.

Born in California in 1969, as a teenager, Cunanan identified as gay in high school and soon after began having liaisons with wealthy older men. He was known to have murdered five people during a three-month period in mid-1997.

His killing spree first began with the murder of this close friend, Jeffrey Trail, who he beat to death with a hammer. His second victim was David Madson with whom he’d had a previous relationship that ended in 1996. The pair were seen socialising together two days after Trail’s murder and Madson’s body was eventually discovered on the shores of Rush Lake with gunshot wounds to the head.

Two days later, Cunanan drove to Illinois and murdered prominent real estate developer Lee Miglin. He was found with hands and feet bound and his head wrapped in duct tape. Cunanan had slit his throat with a hacksaw and stabbed him more than twenty times with a screwdriver. Although Miglin’s family maintained that his killing was a random attack, experts argued that it is unlikely he would have bound and tortured him without some motive.

Five days after that, Cunanan shot and killed caretaker William Reese with the same gun he had used to murder Madson. However, unlike his other victims who he seemingly killed for personal reasons, experts believed he murdered Reese for his pickup truck, which he used to drive to Florida.

A month later he was listed on the FBI’s Ten Most Wanted Fugitives list, however, eluded authorities for the next two months. On 15 July, he murdered 50-year-old Italian fashion designer, Gianni Versace, on the front stairway of his Miami Beach mansion. He used the same gun that was used in the murder of Madson and Reese.

Driven by the need to live a life of luxury, experts believe he may have suffered from an antisocial personality disorder, characterised by a lack of empathy and remorse. Pressure from an intensifying manhunt led to Cunanan taking his own life, with police finding his body on a luxury houseboat on July 23. He had a gunshot wound to the head.

Gain a solid understanding of criminal psychology and learn to navigate and support the complex nature of your fellow humans with our Certificate of Criminal Psychology course.