Become An Expert Tree Doctor With Our Arborist Course 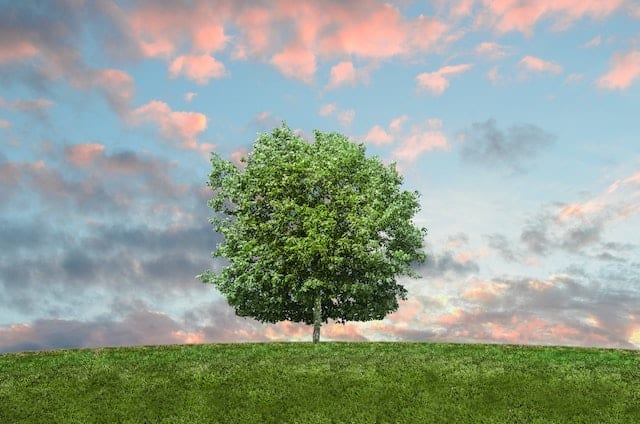 Also known as a ‘tree doctor’, an arborist is committed to the cultivation of healthy trees. They also diagnose and treat tree disorders relating to nutrition, pollution, disease and soil contamination. Our Certificate of Advanced Arboriculture follows on from our introductory course and is ideal for gardeners, tree doctors, farmers, horticulturalists, or anyone with a tree-focussed career or hobby.

In this in-depth and comprehensive course, you will learn how to strengthen weak trees, perform tree surgery, and fell diseased or unsafe trees. You will also study how to select the appropriate trees for certain conditions; plant, stake, water and fertilise different varieties; and prune, cable and brace damaged tree limbs. Make tree-hugging your career!

Outcomes achieved by undertaking an arborist course include:

The 10 Tallest Trees in the World

Trees get the best of both worlds — their roots taste the soil, while their upper reaches soak up the sun and sometimes touch the sky. And although they are far from the lofty heights of Jack’s beanstalk, these beauties are still pretty impressive … and not just to an arborist!

This brown top stringybark (Eucalyptus oblique) is located in Tasmania and stands at over 86 metres tall.

This 87.9-metre-tall Eucalyptus delegatensis is located in the Florentine Valley in southern Tasmania.

Also known as the Mother and Daughter Tree, this Tasmanian Blue Gum (Eucalyptus globulus) is over 90.7 metres tall.

Standing at over 91 metres tall, this manna gum (Eucalyptus viminalis) has called the Evercreech Forest Reserve in Tasmania home for over 300 years.

Located in Borneo, this Shorea faguetiana is over 94.1 metres tall and found in the Danum Valley Conservation Area.

At over 95.7 metres tall, this giant Sequoiadendron giganteum can be found in California’s Sequoia National Forest.

Located in California’s Prairie Creek Redwoods State Park, this Sitka spruce (Picea sitchensis) towers to a height of over 96.7 metres.

Vying for 2nd spot, this coastal Douglas fir (Pseudotsuga menziesii) can be found in Coos County in Oregon and is over 99.7 metres tall.

The world’s tallest known Eucalyptus regnans tree (at over 99.82 metres), can be found in the Arve Valley in Tasmania.

The granddaddy of all lofty trees, this remarkable Coast redwood (Sequoia sempervirens) is over 115.92 metres tall and is found in Redwood National Park, California. It is so tall that you can’t actually see its top!

For almost 400 million years, trees have provided us with food, shelter and shade, however, they are often taken for granted. Here are six fascinating facts that may elevate your appreciation of them … and perhaps even inspire you to become an arborist!

Across the planet, over half of all tree species come from the one country, and the countries with the highest number of local tree species are Columbia, Brazil and Indonesia. However, Australia also has its fair share, with over 800 different species of Eucalypt native alone. Some of the other more common natives include emu bushes, acacia and grevillea.

Although the Great Basin bristlecone pine (Methuselah) found in California is over 4851 years old, trees have only existed for the last 90% of our planet’s history. In fact, the first plants only flourished around 470 million years ago. And while this seems extraordinary, earth has been around for over 4.5 billion years!

The earliest known tree was called Wattieza and was found in the region we now know as New York. Existing around 385 million years ago, it was a leafless, fern-like plant that was around eight metres tall. The oldest known tree in Australia is found in Tasmania. Named King’s Holly, it’s been around for over 43,000 years.

Generally, tree roots only go as deep as the first 45 centimetres of soil. However, hickory, pine and oak trees can grow roots longer than six metres in the right conditions. One wild fig tree discovered in South Africa had roots that reached over 121 metres deep.s

Some tree species emit chemicals into the air to attract the predators of their enemies. For example, apple trees under attack from caterpillars will often release chemicals into the environment to attract hungry birds. Some can even send airborne signals to other trees in the area to alert them to an incoming insect attack.

Trees provide shade as well as releasing up to 400 litres of water into the air every day. This can impact the costs of heating and cooling by as much as 50%. So, hire an arborist to look after your trees — you’ll be saving cash and the planet at the same time!

Noteworthy ‘tree doctors’ are found throughout history and in a variety of countries. Here are some of the more famous ones worth researching for your upcoming career as an arborist!

Expand your knowledge of tree care and maintenance with our Certificate of Advanced Arboriculture and watch your career flourish!

Editing Courses Can Enhance Your Career

Launch Your Own Business With Our Consulting Course!
Scroll to top