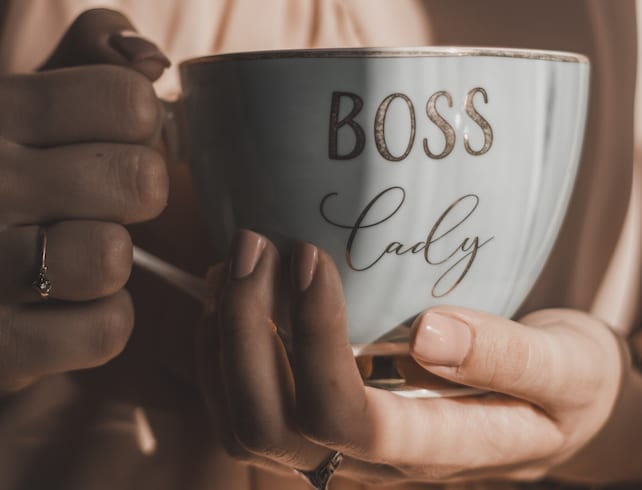 Leadership programs are vital to ensuring that the existing gender gap that currently exists in Australia is significantly decreased in the future. This is evident in the fact that although there are more women in leadership positions than ever, only 26 per cent of women are Company Directors and only 17 per cent CEOs. More importantly, research also shows that more women in key decision-making positions deliver better company performance and greater profitability and productivity.

If you’re a female manager or have plans to move into a leadership role, discover our our range of leadership courses.

The 10 Most Powerful Women In The World

Women around the world continue to claim leadership positions and inspire leadership programs in business, media, government and philanthropy. Here are the top 10 female leaders of 2019 according to Forbes business magazine.

Merkel is now serving her fourth term as Chancellor of Germany after becoming the first female to do so in 2005. She has steered the country through financial crisis and back to growth, and her strong leadership has been on public display — from challenging President Trump to allowing more than a million Syrian refugees access into Germany.

For over eight years, Lagarde ran the International Monetary Fund, and in 2019, she became the first woman to head up the European Central Bank. This position means she is in charge of European monetary policy during a slowing economic growth in the region and in a time of geopolitical uncertainty. In 2018, she highlighted the need for gender reform in the male-dominated banking industry.

As the 52nd Speaker of the U.S. House of Representatives, Pelosi is second-in-line for the presidency and the highest-ranking elected woman in the country. She started her third term as Speaker in 2019 and initiated the fourth-ever impeachment proceedings in U.S. history against President Donald Trump.

In 2019, von der Leyen was appointed president of the European Commission and is the first woman to serve in the role. For 14 years, she served the longest tenure in Angela Merkel’s cabinet, and for the last six years of her time there was Germany’s Defence Minister.

The CEO of General Motors since 2014, Barra has invested billions in self-driving cars, electric vehicles and a ride-share service called Maven. The company ranked number one on the 2018 Gender Equality Global Report, and the company is one of only two global businesses that have no gender pay gap.

As co-chair of the Bill and Melinda Gates Foundation, Gates is a powerful woman in the area of philanthropy. She has helped solve tough global challenges from poverty and education to sanitation and contraception. The Foundation’s mission is to assist all people to led productive, healthy lives and she devotes much of her time to women’s rights.

Johnson’s grandfather Edward Johnson II founded mutual fund giant, Fidelity Investments, in 1946 and Abigail has served as CEO since 2014. She holds an MBA from Harvard, and in 2018, launched a platform that allows institutional investors to trade ether and bitcoin.

Botín succeeded her late father as chair of multinational bank and financial services company the Santander Group in 2014. In the face of political unrest, she has championed financial technology and focused on entrepreneurs — in particular, small enterprise and female-owned businesses.

Rometty is a 36-year veteran of iconic tech company IBM, and has put cognitive computing at the centre of the organisation’s future strategies. Her ongoing efforts to keep women in the workforce include supporting returnships, extended parental leave and a breastmilk delivery program.

As CEO of Lockheed Martin since 2013, Hewson has steered the defence company’s position to be at the forefront of aerospace, security and technology. The organisation’s innovation team is now developing a supersonic aircraft that breaks the sound barrier without a sonic boom.

The Future Of Women in Leadership

While there has been progress with many aspects of gender equality, it hasn’t been in the area of female representation in leadership. In fact, according to 2018-19 data from the Australian Government’s Workplace Gender Equality Agency, while women make up half of the private sector workforce:

The Gender Equity Insights series has also uncovered critical evidence of the importance of female representation in senior leadership roles. In 2016 and 2017, the research showed that increasing representation of women in leadership roles is associated with declining organisational gender pay gaps, and that:

Reports in 2018 and 2019 also build on these findings. This research highlighted the critical role of leadership in driving organisational change towards gender equity and decision-making. A 2019 report shows that:

Experiencing a few ‘glass ceiling’ challenges at work? Learn valuable networking and communication techniques, and lead with competence and confidence with a leadership program. 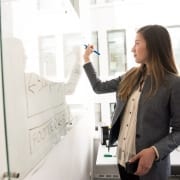 Leadership Training – Learn How to Lead with Confidence
Subscribe to Newsletter

Study How to Write a Thesis

Pursue a Career as a Business Psychologist
Scroll to top