Learn How To Write a Script With Our Scriptwriting Course 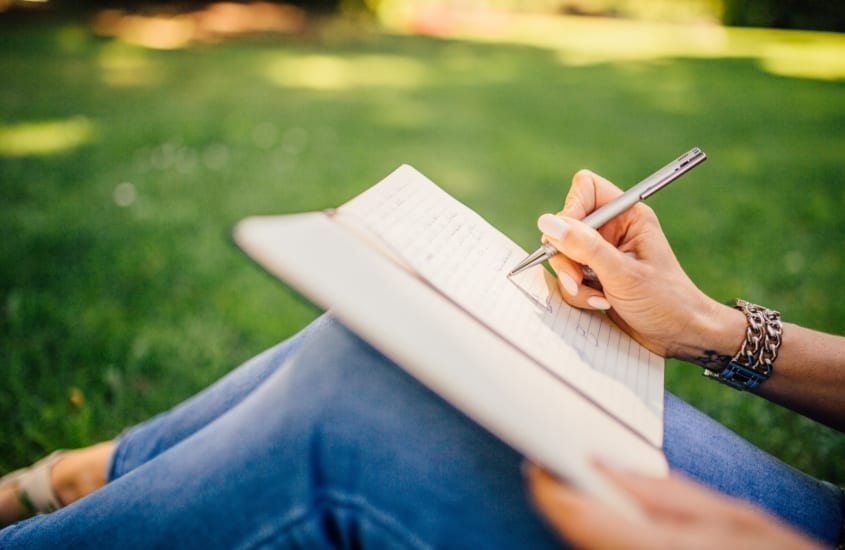 A diverse and exciting industry full of opportunity awaits those who know how to write a script. With hard work and dedication, you’ll start to get your work noticed, and could gain employment as a sub-contractor or even start your own production business!

In this course, you’ll learn how to develop a storyline, develop a script and understand how characterisation, dialogue, music, sound effects and visual elements can combine to create a compelling piece of work. You’ll gain an understanding of the business of scriptwriting, from legal and ethical considerations to the commercial opportunities available.

The breadth of your professional writing skills will also mean you could be writing scripts for a variety of mediums and audiences, from marketing and advertising services to mainstream and fringe media. This includes writing scripts for TV, radio and film, to working on niche projects like producing podcasts and training videos.

With a Certificate of Script Writing, the sky really is the limit!

Outcomes achieved by learning how to write a script include:

One of the earliest dramatic plot structures was devised in the 1800s by German novelist and critic, Gustav Freytag, in his analysis of ancient Greek and Shakespearean drama. He conceptualised five plot elements and his ‘pyramid’ continues to help writers organise their ideas and thoughts. So if you’re after some tips on how to write a script with a simple yet dramatic structure, read on!

Freytag’s derived his plot pyramid from the conflict of man against man, specifically the hero and his adversary. The action of the drama and the grouping of characters is in two parts – the hero’s own deeds and those of his antagonist – which Freytag describes as ‘play and counter-play’. These two parts must be united by a climax, to which the action rises and falls away. Freytag is indifferent as to which of the two parties justice favours. In both groups, power and weakness and good and evil are mingled. The drama is then divided into five acts (sometimes referred to as a ‘dramatic arc’) – Exposition, Rising action, Climax, Falling action and finally, Catastrophe.

Once the setting is fixed in a particular time and place, the mood is set and characters are introduced. Exposition can then be conveyed through flashbacks, dialogues, background details or the narrator telling a back-story.

An exciting force or event begins immediately after the exposition, building the rising action in one or a number of stages towards the point of greatest interest. These events are generally the most important parts of the story because the entire plot depends on them to set up the climax and the satisfactory resolution of the story itself.

The climax is the turning point and changes the protagonist’s fate. If things were going well for them, the plot will turn against them, often revealing their hidden weaknesses. If the story is a comedy, the opposite will often happen, with things going from bad to good for the protagonist, often requiring them to draw on hidden inner strengths.

During this act, the hostility of the counter-party targets the hero. Freytag lays out two rules here – the number of characters should be limited and the number of scenes where the hero ‘falls’ should be fewer than in the rising movement. The falling action may contain a moment of final suspense, often where the final outcome may be in doubt.

The catastrophe is where the hero meets his destruction and where conflicts are resolved, creating normality for the characters, and the release of anxiety and tension for the reader or viewer. A tragedy ends with the protagonist being worse off than at the beginning of the narrative. Comedies often end the opposite way!

Five Famous Screenwriters Who Hated Their Own Movies

In exploring how to write a script, we often turn to famous screenwriters. However, even the most successful of these don’t always like the movie that results!

Universal Pictures acquired the film rights to E.L. James’s bestselling novel, Fifty Shades of Grey in early 2013. The studio then hired Saving Mr Banks screenwriter Kelly Marcel to adapt the book. However, although the studio promised Marcel creative freedom, the author was unhappy with her work.

E.L James wanted to remove a lot of the dialogue as she believed ‘it could be a really sexy film if there wasn’t so much talking in it’. Subsequently, Marcel wasn’t commissioned to write the film’s sequels, Fifty Shades Darker and Fifty Shades Freed, and couldn’t even watch the original as her ‘heart was really broken by the process’.

During the mid-1990s, the Wachowski sisters sold their screenplay to producer Joel Silver for $1 million. Richard Donner was signed on to direct with Sylvester Stallone and Antonio Banderas in the lead roles. However, although it was one of the hottest unproduced screenplays at the time, Donner didn’t like the darker tone, so he hired another screenwriter to rewrite it to make it into a standard action thriller.

The Wachowskis weren’t happy with the decision to tone down their screenplay, so asked that their names be removed from the project. The American Writer’s Guild denied their request. However, their negative experience led to the sisters wanting more control over their work, so they became directors instead!

Although Ellis co-wrote the screenplay for the film adaptation of the movie from his own novel, the final cut was not exactly what he was after. He was predominantly upset that the tone of the story went from dark humour to something more melodramatic, and blamed Australian director Gregor Jordan.

In Ellis’ opinion, he wrote scenes in the script that were funny – with an Altman-esque sense of humour. However, they were directed in a way that resulted in the scenes not being funny at all and what he believed played out like an Aussie soap opera!

Renowned as someone who knows how to write a script, Tarantino sold his screenplay for Natural Born Killers to director Oliver Stone in the early 90’s. Two years later, Stone released the film with Juliette Lewis and Woody Harrelson in starring roles. And while it was a box office hit, Tarantino despised the production because of the alterations made to much of his original content.

Years after its release, the producers of the movie sued Tarantino when he tried to publish the original screenplay. However, although producers believed Tarantino forfeited his rights when he sold it to them, a judge ruled in Tarantino’s favour.

Actor John Travolta commissioned screenwriter J.D. Shapiro to adapt Scientology founder L. Ron Hubbard’s novel Battlefield Earth: A Saga of the Year 3000 for the big screen in 1997. However, Shapiro ended up writing a darker version of the novel and was fired from the project when he refused to change its tone.

Regardless, much of what he wrote ended up in the final movie and he received a writer’s credit, much to his dismay. Released in 2000, Battlefield Earth ended up being known as the worst movie of the decade. However, Shapiro remained a good sport about its failure, accepting a Golden Raspberry Award in 2001 for the year’s Worst Screenplay!

Aspiring to be a famous screenwriter or advertising jingle writer? Get those creative juices flowing and learn to write for a variety of exciting mediums with our Certificate of Script Writing!

Wedding Photography – Snap Up This Opportunity!

Create A Workforce Of The Future With Our Management Training Course!
Scroll to top