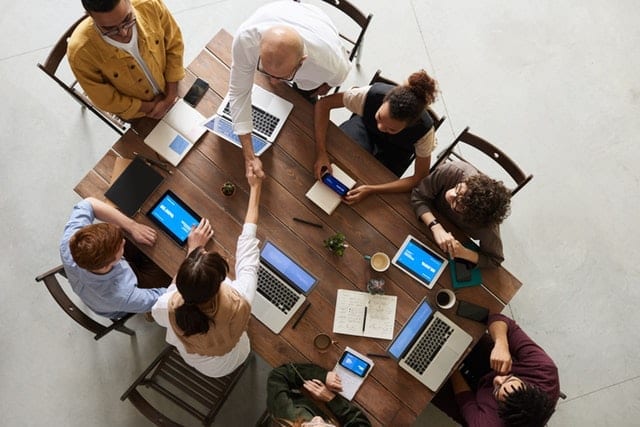 Six Sigma is a set of tools and techniques for process improvement used by many businesses around the world. Essentially it works by minimising process variability in terms of identifying and removing the causes of defects. Its use also creates a unique infrastructure of people within organisations who are experts at conducting projects and implementing improvements.

Those with Six Sigma certifications are in high demand in different roles across a range of industries. If your role involves being responsible for improving quality and processes at the departmental or organisational level, then our NEW Certificate of Six Sigma – Yellow, Green and Black course will add another (enviable) skillset to your CV!

If you are new to the world of Six Sigma certification, you begin by achieving a Yellow Belt certification, then a Green Belt and finally a Six Sigma Black Belt. If you already have Six Sigma qualifications, it’s simply a matter of choosing your next challenging level!

If you are keen to undertake the Six Sigma Yellow Belt certification, you will be already familiar with engaging with an organisation’s problem-solving teams to effect change. Learning outcomes for this certification include:

At the Six Sigma – Green Belt level of your career, you will already be assisting with data collection and analysis for Black Belt projects. Learning outcomes for this certification include:

At the Six Sigma – Black Belt level of your career, you will be leading problem-solving projects and possibly training and coaching teams. Learning outcomes for this certification include:

Who This Course Suits

People seeking Six Sigma certification come from a range of industries and perform at a variety of levels. Typically, job titles include engineers, process owners, quality professionals, production managers, frontline managers and anyone charged with the responsibility of improving quality and processes at the departmental or organisational level.

The term ‘Six Sigma’ originated from terminology associated with the statistical modelling of manufacturing processes. The maturity of these can be described by a ‘sigma’ rating, which indicates its yield or the percentage of defect-free products that are created.

Each Six Sigma project carried out within an organisation follows a defined sequence of steps with specific value targets. These can include reducing pollution, cycle time and costs, and increasing profits and customer satisfaction.

Six Sigma professionals exist at every project level, and each has a different role to play. While roles may vary, here is a basic guide to who does what (in order of expertise).

Master Black Belt: Often functions at the Six Sigma program level by developing key metrics and strategic direction. They can also act as an organisation’s Six Sigma technologist or internal consultant and may train and coach Black Belts and Green Belts.

Brown Belt: Not traditionally used in Six Sigma projects, some organisations may classify a Brown Belt as someone who has their Green Belt and has passed the Black Belt certification exam, but hasn’t yet completed a second Six Sigma project.

White Belt: May work on problem-solving teams supporting projects but not necessarily as part of a Six Sigma project team.

The following companies claim to have successfully implemented Six Sigma methodologies into their organisations in one form or other:

Six Sigma processes are ones in which 99.99966% of all opportunities to produce some feature of a part are statistically expected to be free of defects!

If you’re after a Certification program to kick-start your career, and provide invaluable, in-demand process improvement skills for future job opportunities, then our Certificate of Six Sigma – Yellow, Green and Black is for you!